While at our PTA retreat, I worked on my "Funky Houses" quilt; it's been a lot of fun. The more I do, the more I want to do - keep thinking of new ideas. It's the type of quilt that lets your imagination go crazy and be as silly as possible. This little house used commercial fabric, 3 different roofs before I found the perfect one, a cement stovepipe-like chimney and an opening in a building (kind of spooky with no end to it) that became a mysterious door. 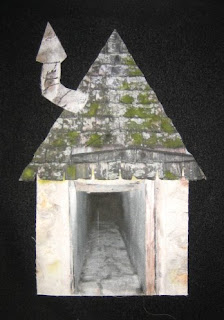 I was debating as to whether or not to put a "pair of eyes" at the end. 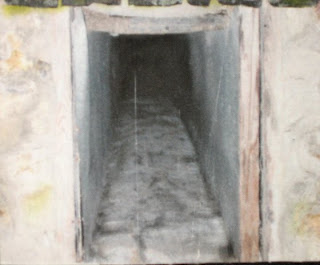 I loved this brick wall which also became a roof, but didn't work on this particular house. 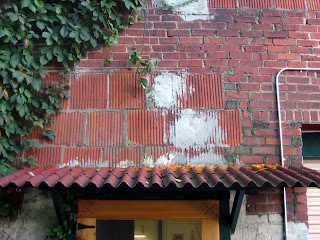 This grating became the roof I used and worked well with the endless door. I realized I posted the wrong "final picture" of this house so will post the one I'm using with next set of houses. 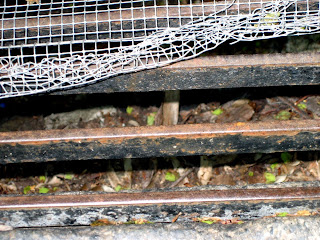 This is one of my favorite houses and uses a picture of icicles taken along the Blue Ridge Parkway along with mushrooms and cement for the chimney. 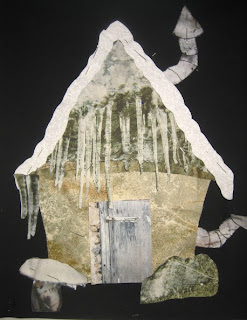 The door was from a rock building I photographed years ago. 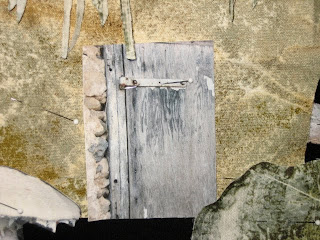 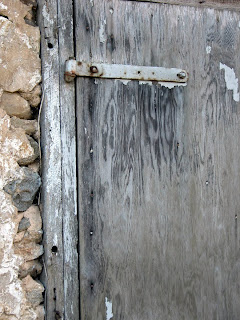 The icicles and moss made a perfect roof. 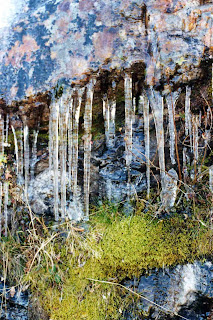 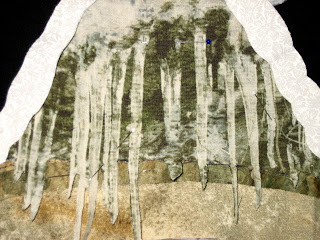 and mushrooms photographed on a morning walk look almost fake they are so "perfect". You can't beat Mother Nature. 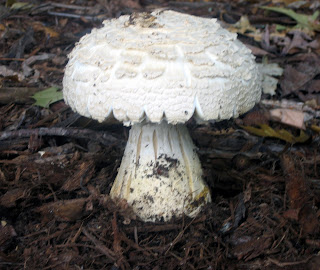 Will post more houses as they come together....it's been big fun.
Posted by Windy Hill Happenings at 7:13 PM