It's always great fun to have an escape weekend with girlfriends for a play day. This little adventure involved dyeing fabric using numerous techniques. 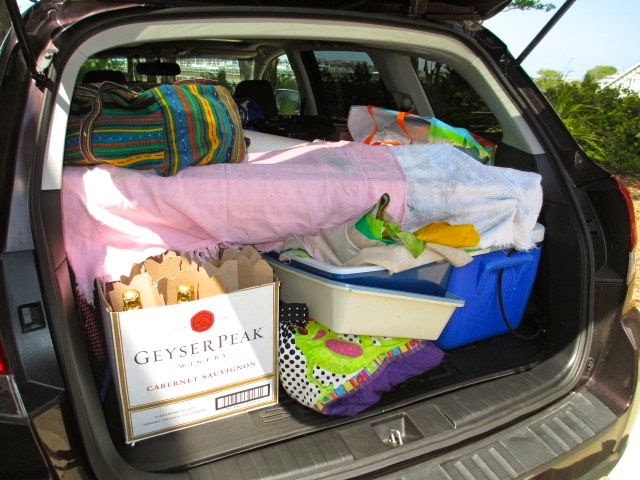 Our car was packed to the brim, couldn't fit a bobbin pin in, we were off and running(or riding). 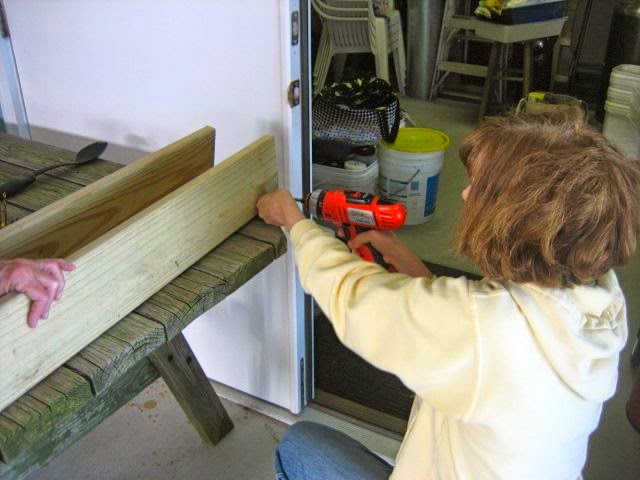 One of the first techniques we were to do was tray dyeing using pleated fabric.  We had to construct a 3 sided tray which we did using 1 x 6" boards. 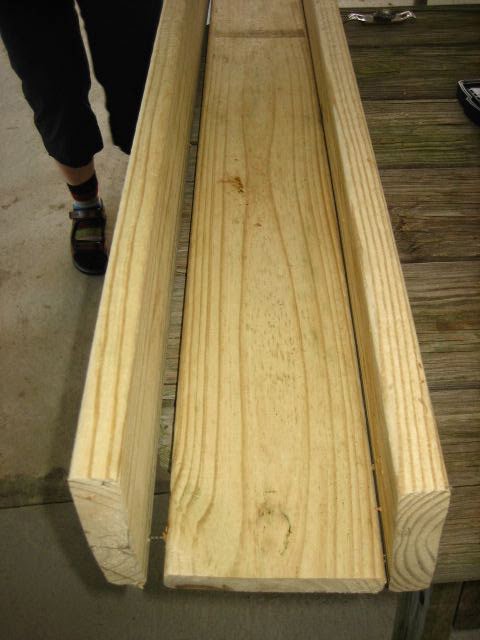 Some of the boards were warped but it didn't matter as they were lined with plastic. 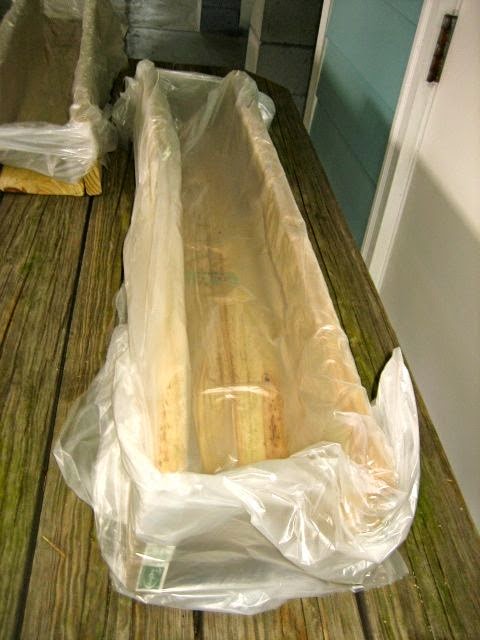 The plastic was used to make "end" pieces and wrapped around the sides and held in place with a staple. 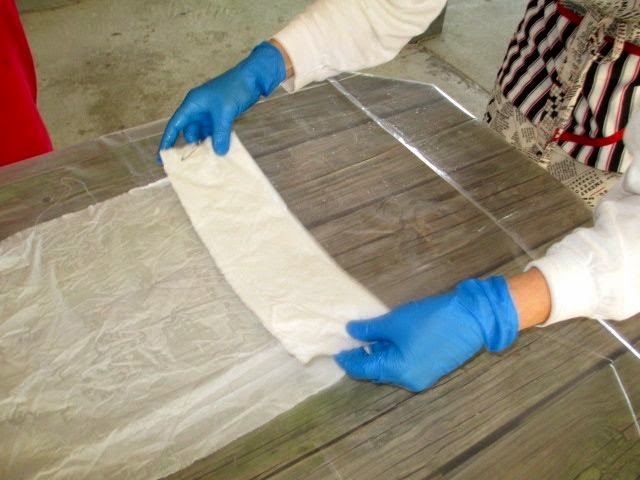 Next we had to fold our fabric accordian style, making it a little wider than the width of the tray. 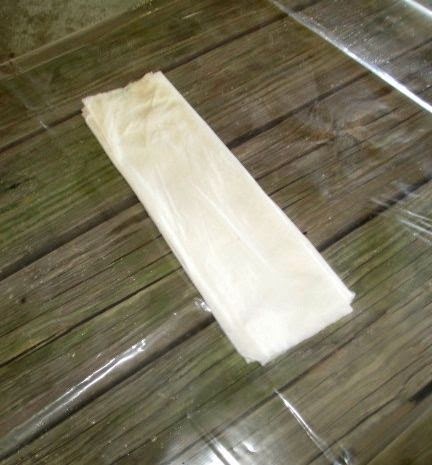 This was done so the sides of the fabric would come up a little on each side. 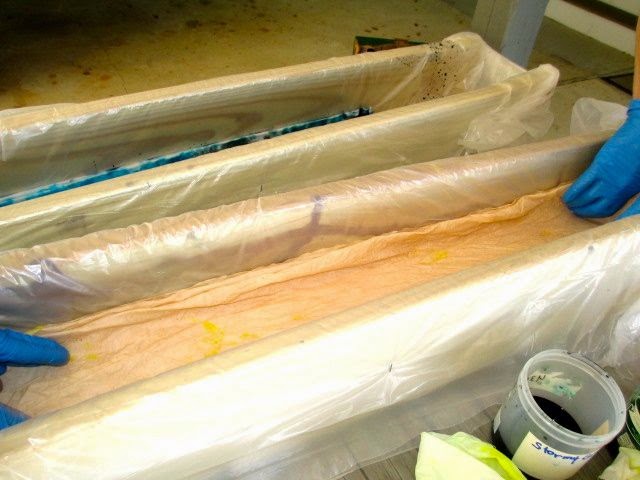 It was easier when 2 people lowered the fabric into the tray. 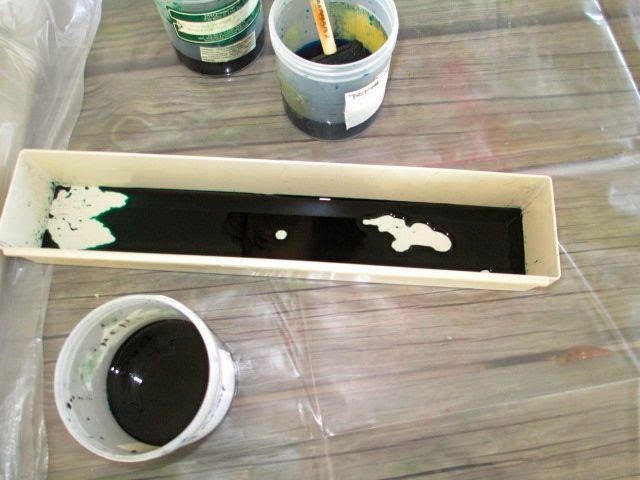 We had 2 big trays and 1 little tray. Dye solution was poured into the bottom...just enough to cover the tray. 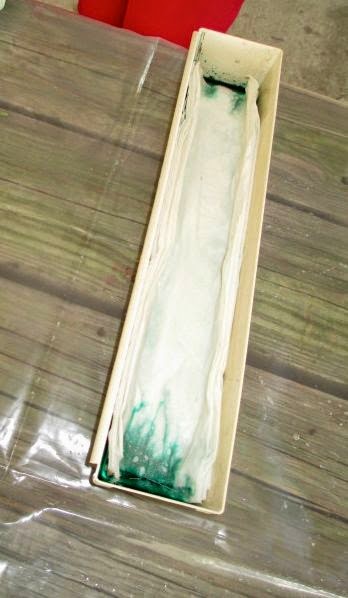 The fabric was laid on top.... 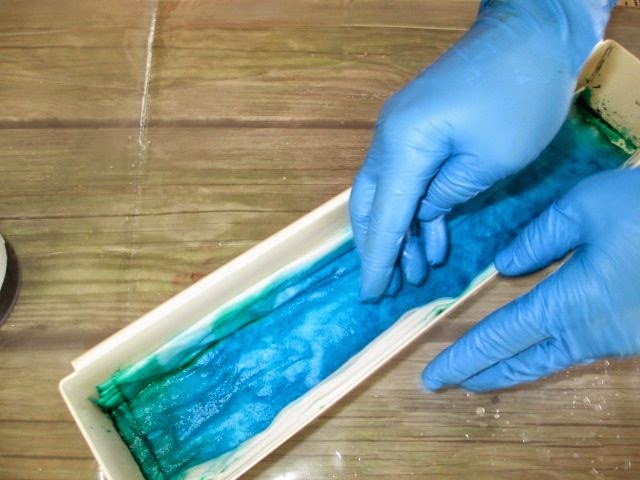 and a little squishing to help the dye penetrate. 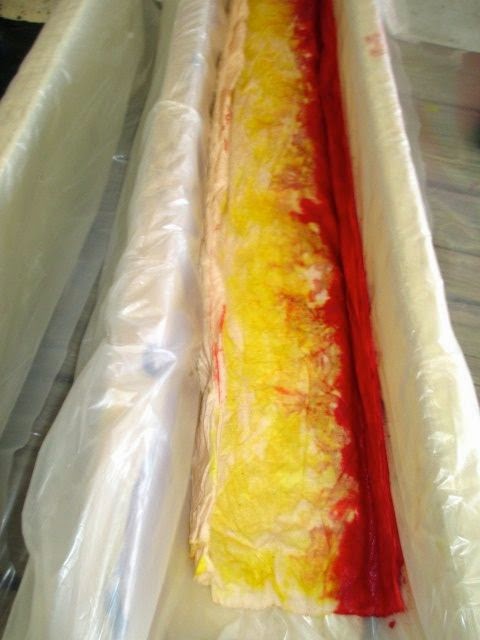 You can see on this bigger tray, after the middle color was laid on the bottom, the tray was tilted so a second color could be laid in the "crook" of the tray. The fabric was temporarily lifted up slightly to do this...then laid down on the second color.  You can see the wicking of the red into the yellow. 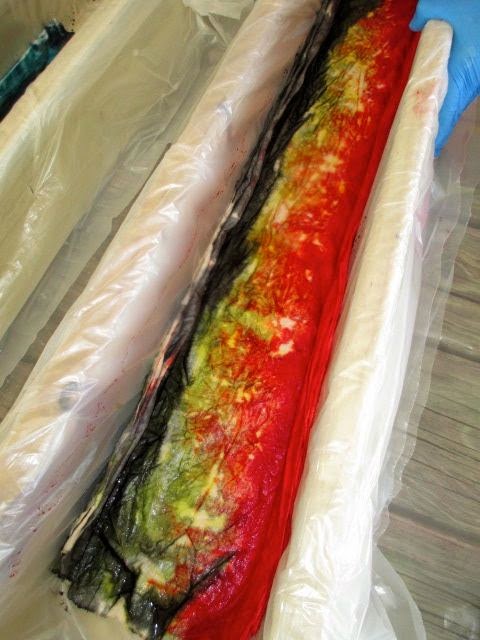 On the other side, we did the same thing. You have to be conscious of what colors you'll get when they melt together, sometimes hard to do when you're excited and caught up in the process. 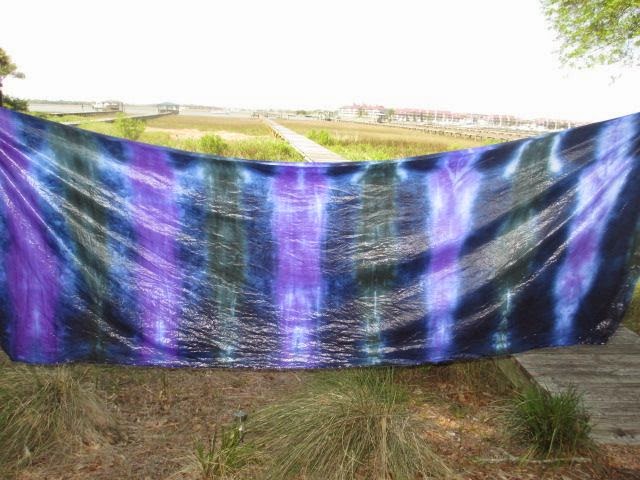 Kate did 2 pieces and this is her second piece....beautiful! 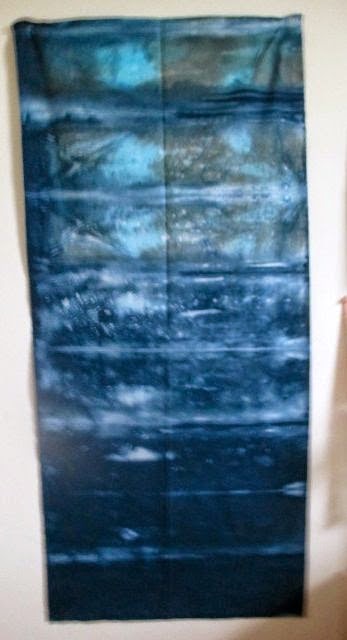 I did just the one piece and decided at the last minute to add the Robins Egg blue which it so needed.
We did many other things and I'll have lots to show and share in the next couple of days.
Posted by Windy Hill Happenings at 4:25 PM