I created this piece at one of our PTA Retreats. It still isn't finished, but along the way (and once again getting side-tracked), I realized I had a lot of leftover blocks, enough to make a smaller version. 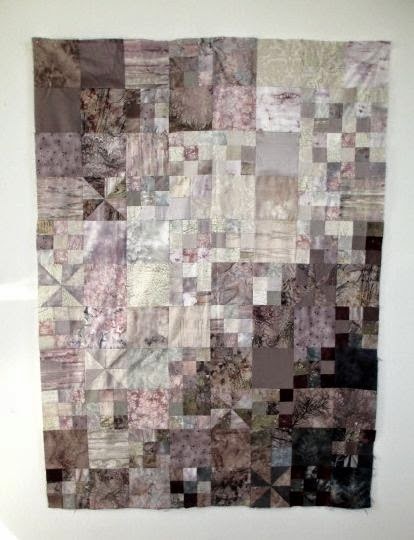 I liked the fabrics so much, I decided to do that and also justify the procrastination of finishing this piece. The second version (shown at bottom) is a little smaller by about 1/3. 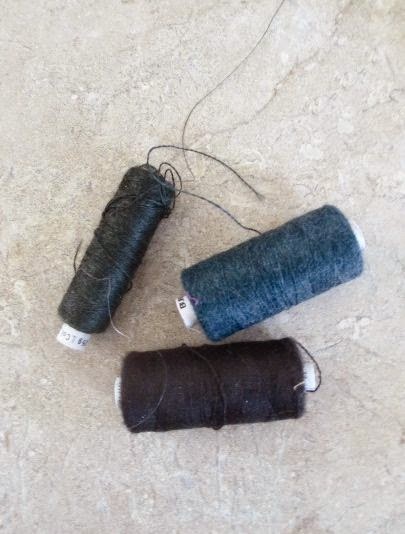 I decided to do some free motion embroidery, drawing with my thread to create a little interest on the surface. I used Lana thread by Madeira - part wool and part acrylic. I've talked about this thread before, I really love it. You can use it in the top of your machine but need a large eye needle such as a Top Stitch in size 16. It does create a lot of fuzz in the throat plate area so it's good to stop and clean it every so often. 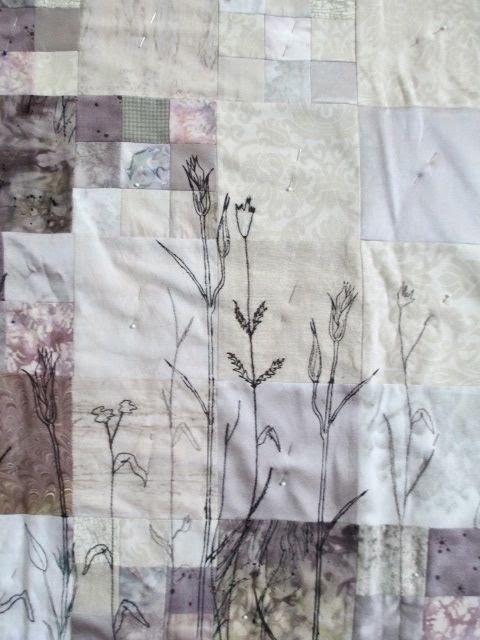 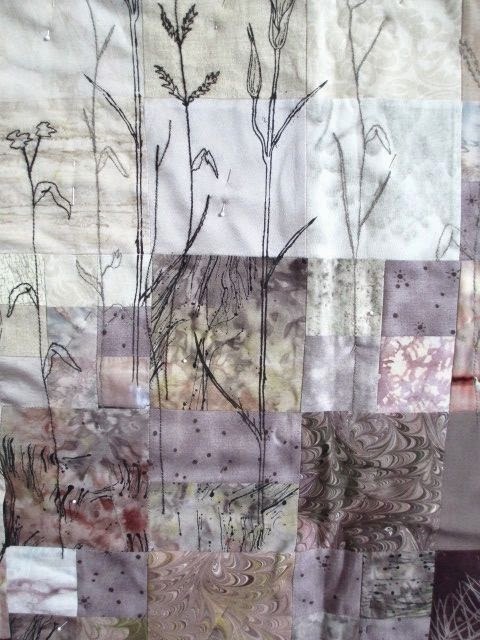 Some of the images were silk screened on but most were machine stitched with Lana thread. 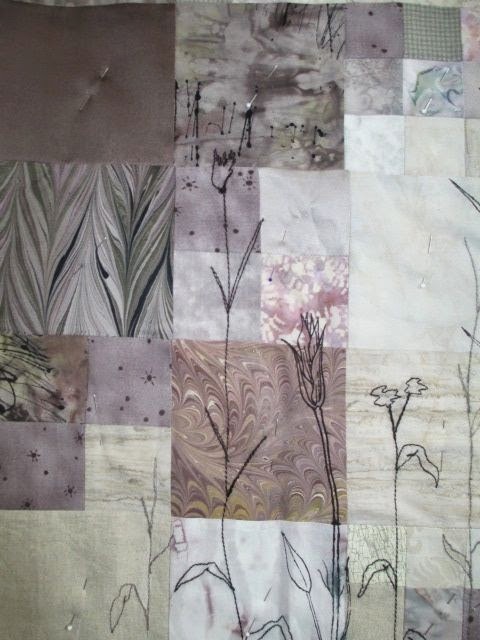 I used 2 different values to give the feel of distance. It was a lot of fun and easier than I thought to just meander and embroider. The images were very "weed-like" so perfection was not in order here. 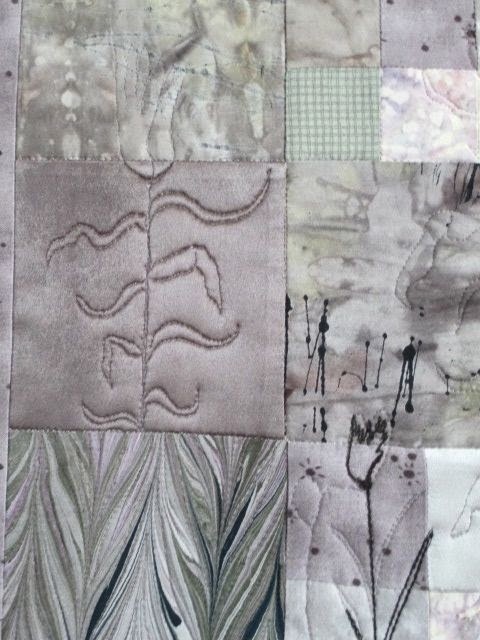 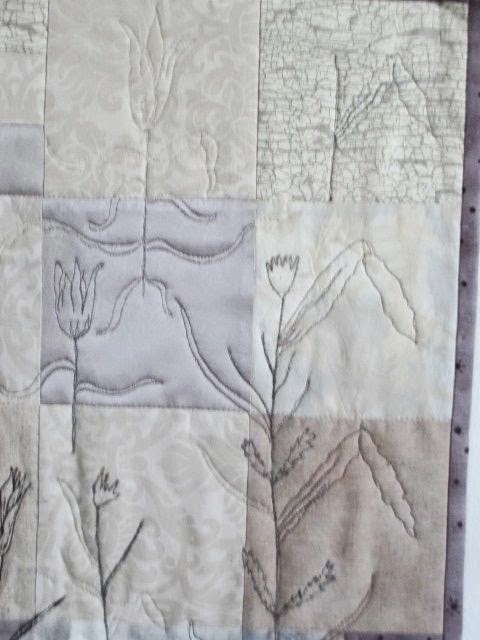 I machine quilted similar images, some done in a monofilament for just the texture 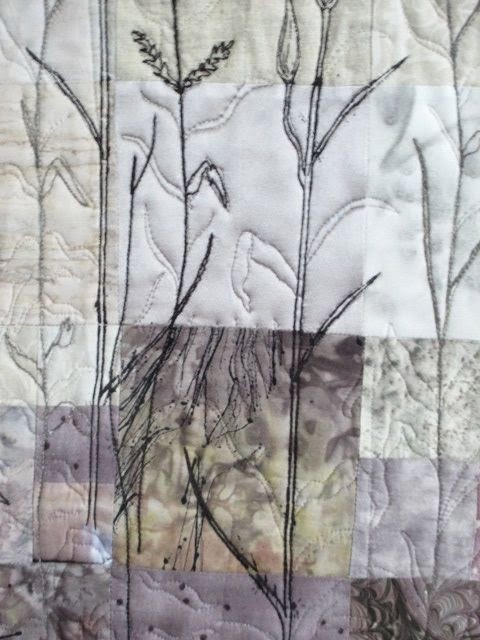 and some done with a rayon thread, close in color to the embroidered images. 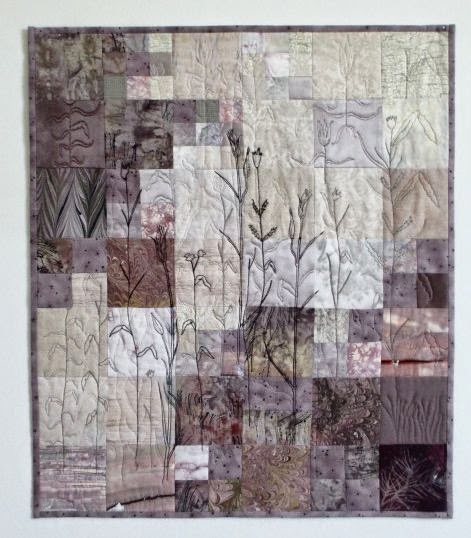 Sometimes a name will hit me right away, sometimes not. When I looked at this I thought of beaches and the gray, bleakness of winter - so Winter Tides.

Posted by Windy Hill Happenings at 10:31 AM