To continue our day, a few days later, our day was devoted to foiling...some of us had tried it before and some not... so it was fun for all. 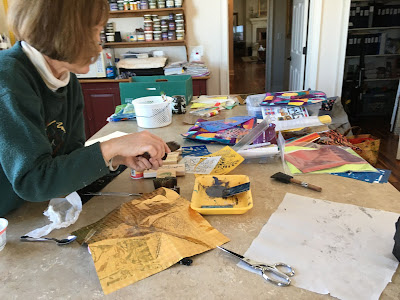 We had loads of foil, fabric and adhesive so we were off and running. 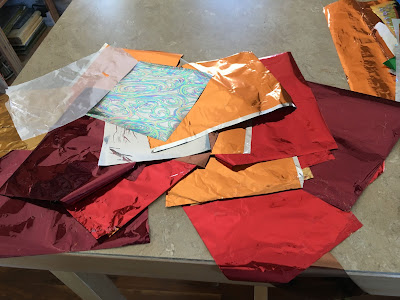 We had a beautiful selection of different color foils. 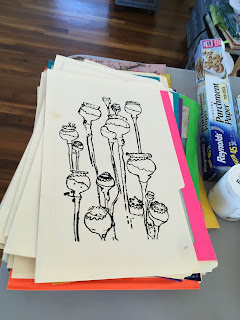 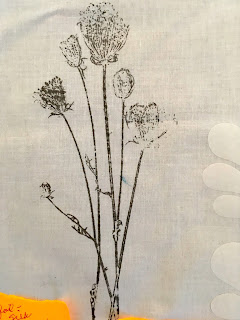 I had tried (and taught) foiling years ago and realized it worked beautifully with a silkscreen. At first I thought the adhesive was too thick and would clog up the screen but not so; it's important to get the screen cleaned quickly but we had a pan of water we put the screens in as we used them. 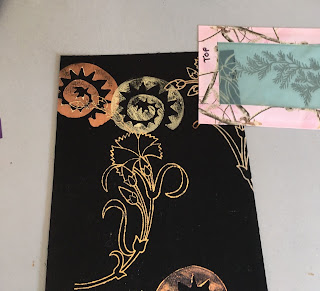 Here is the first foiling I did years ago in Jane Dunnewold's Complex Cloth week long workshop. 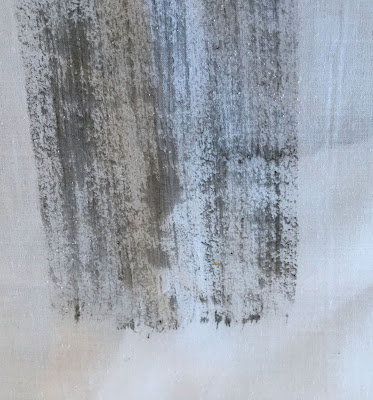 The technique involves using a special adhesive that you apply to the surface of a fabric with various tools - some of which included stencils, paint brushes, silkscreens etc...you get the idea. Above, foil adhesive was applied with paint brushes. 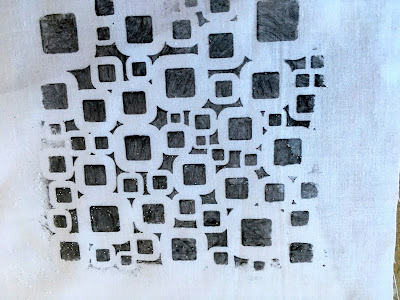 This is a stencil which worked very well. The adhesive is allowed to dry for at least an hour before applying the foil. 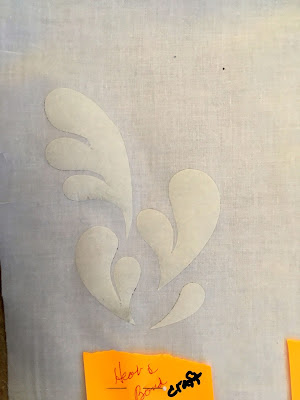 Another option instead of adhesive is a fusible web. Years ago, I was teaching foiling along with other surface design techniques - it was a venue I traveled to by plane. I packed everything in a suitcase and when I reached my destination, opened my suitcase to get ready for workshops, I realized they had confiscated my adhesive and left a "teeny, tiny note" telling me that they went through my suitcase...what to do?  One of my students suggested using fusible web which worked like a charm. It's not as spontaneous a look but still good. So for Fiber Junkies, I decided to do a sampler of different methods of foiling. Above I used Heat and Bond craft weight...results to follow. 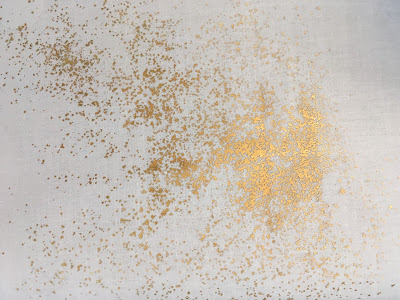 Another clever way to foil is to sprinkle Bon Ash on fabric (and don't sneeze) and then lay foil on top. Unlike adhesive, there is no "drying" time,  it can be foiled right away. 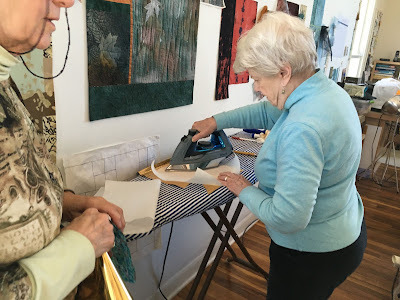 Foiling is the opposite of what you might think. When I was first introduced to it, I thought the foil had to touch the fabric and ironed from the back.....but the foil faces up and you press on top of it; it releases itself from the cellophane and onto the fabric. It's an easy process with beautiful results. Here is Gen at the ironing board 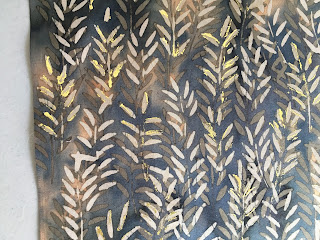 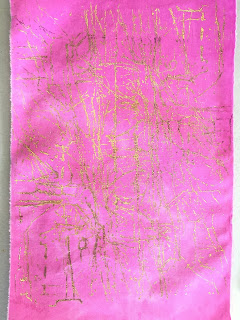 and here are some of Gen's fabrics - so many beautiful fabrics came out of our day of playing. 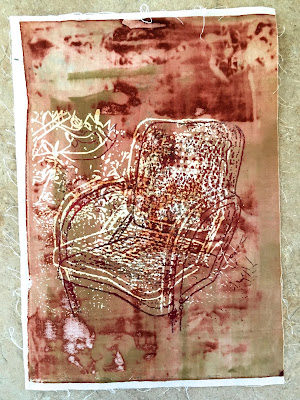 This was a silkscreened fabric done with discharge paste. I used the same screen and offset it just a tad and did some foiling with bronze colored foil. It was subtle but pretty. 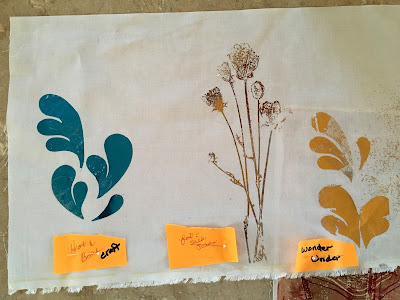 Here is my sampler - left to right - Heat and Bond craft weight fusible, in the middle a silkscreen and to the right, Wonder Under fusible web sewing weight. All worked well but I loved the silkscreen for the detail you can get. 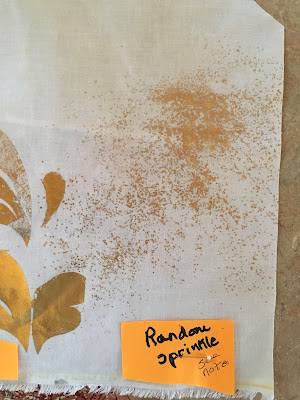 This is Bon Ash with copper colored foil... 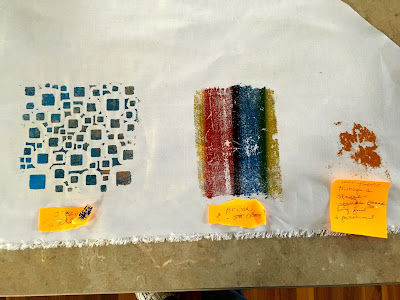 and here is the stencil on left, brush strokes made with foil adhesive in middle, on right something foiled that I didn't let cool long enough. Technique says you should let your fabric cool down before you pull the foil paper off, something I neglected to do and a good lesson on what not to do.
A great day as always with wonderful friends. I am linked to Off the Wall Friday and Whoop Whoop Friday.
Posted by Windy Hill Happenings at 6:28 PM