Our last meeting of PTA was at Georgia's home which is always so warm and welcoming. Cathy modeled a vest given to her as a gift and made of very sheer fabric which draped so beautifully. We all loved it and so ...... 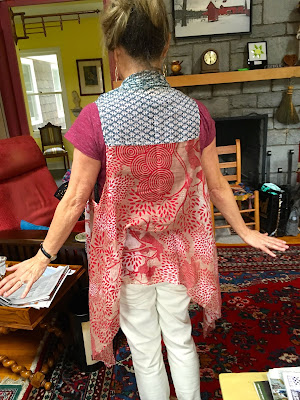 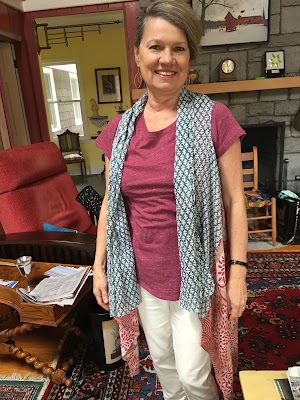 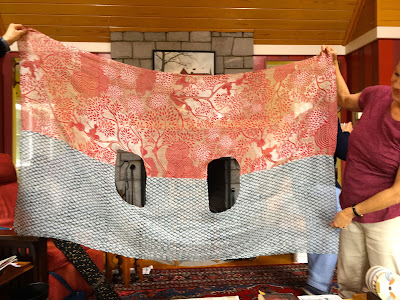 she took if off to show us how it was made - using 2 fabrics with openings for the arms AND which could be worn with either side on the top. Where the openings were lower, it would be shorter on the bottom with more of a collar on top...reverse it for the opposite effect. 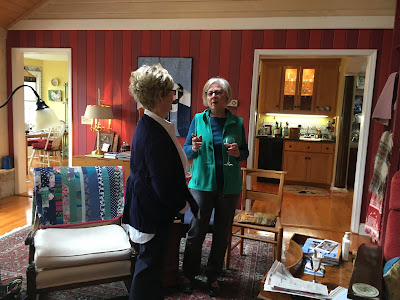 Just hanging out and catching up.... 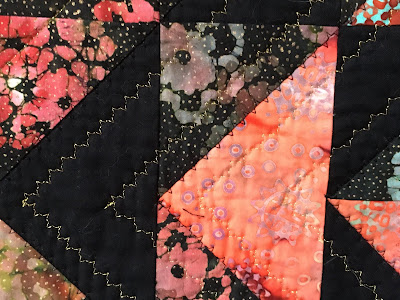 Janice showed us a beautiful quilt she just finished -  I was in love with the quilting; it was so effective.  Using a metallice thread and one of the embroidery stitches on her machine, she was able to create the beautiful effect seen above. 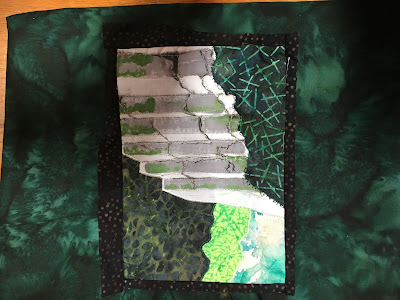 Dort has been working on this wonderful series based on her trip to France. Each piece is so charming... 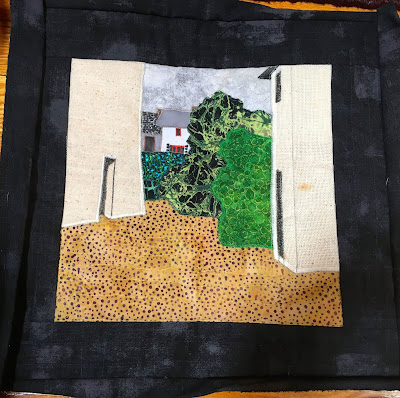 and really captures the feel of where she was. Lots of interesting texture using machine stitching and fabrics. 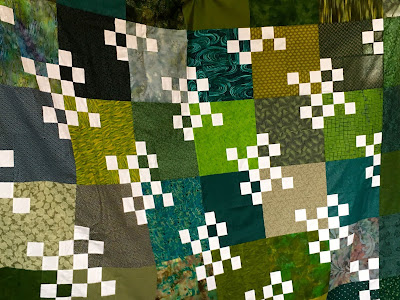 Lynne showed us her quilt started at retreat and finished...Wow...only about a month ago and think this is bedsize.  Below....Georgia prepared an absolutely delicious lunch for us which we gobbled up along with the most beautiful and delicious coconut cake for dessert. 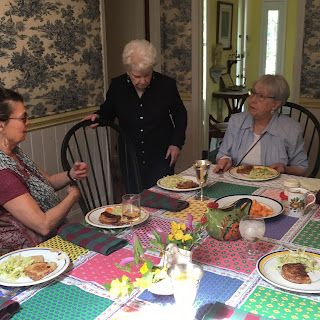 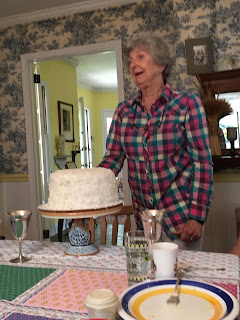 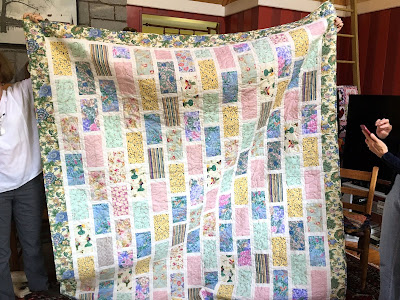 Kate showed us a quilt she also started at retreat and finished as part of the NC Hurricane project. 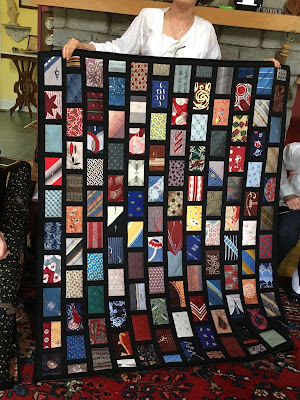 She showed us another quilt she found at a relatives house which she made using old ties...and the surprise of lifting up the tie to reveal.... 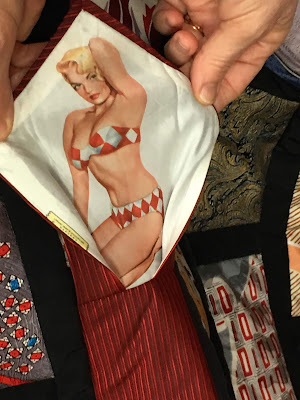 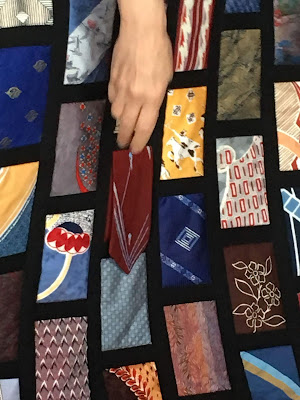 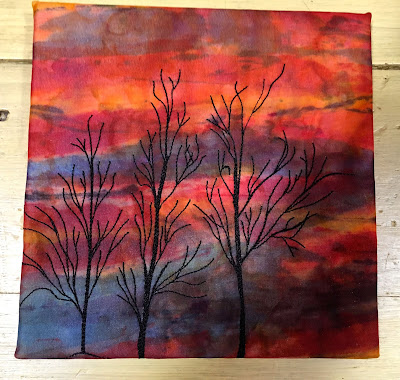 Mary showed us a beautiful piece using fabric she had ice dyed and embroidered with trees. It's based on a photo an old time friend had shared with her. 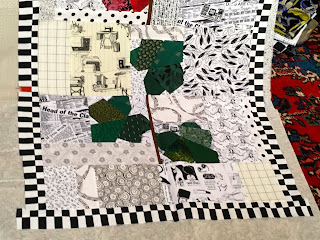 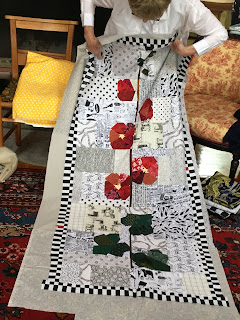 Barbara's retreat quilt is almost finished also...love the checkerboard border and the touch of red in one of the squares...how clever of Barbara to think of that! 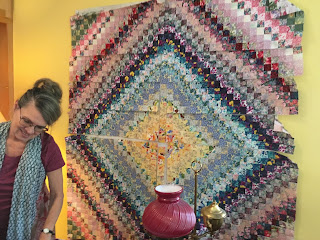 Georgia shared her trip around the world...colors and fabrics chosen at retreat but that is as far as she has gotten...some mighty ambitious gals in this group. 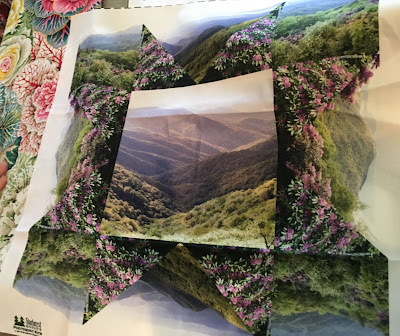 Barbara Webster who makes beautiful pieces out of her photographs of NC had one of her blocks at Georgias house. Her work is breathtaking. 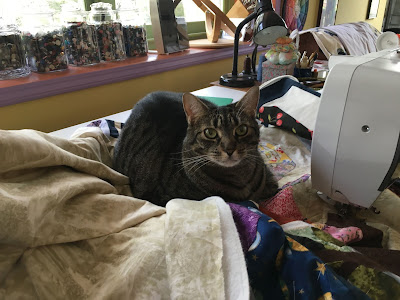 And Rosie...what would a meeting at Georgias be without precious Rosie who loves to hang out with us and is the official guardian of fabric.
Posted by Windy Hill Happenings at 7:06 PM