Ever Changing River home and retired

It was a number of years ago that I first talked about the "Everchanging River" exhibit.  The exhibit was made up of 31 artists from 3 different local SC groups - The Fringe Sisters, Focus and Thread Heads.  They became collectively known as the Carolina Fiber Convergence.  The exhibit became a huge hit, traveling coast to coast including the National Quilt Museum in Paducah, KY and ending in Taiwan at their International Quilt Exhibition.
It all started with a blue piece of fabric...that was the link.  Pieces had to be 18" wide and anywhere from @ 22 to 28" high. 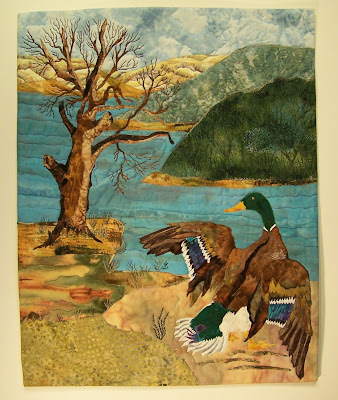 Every artist was assigned a "spot" in the lineup and given a length for both the left and right side of  their piece. Their left side, if it was 7" long would connect with the piece next to it on that side also 7"  high. The pieces would be staggered in the lineup but the river connected perfectly. 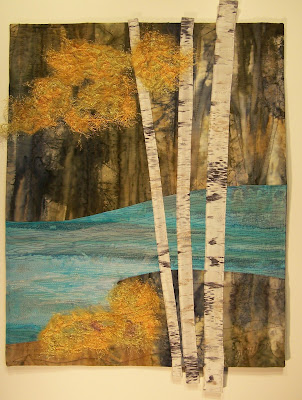 I always thought it was an incredibly clever idea.  Each artist could make their "river" anything they wanted as long as it was the right length on each side to match up to corresponding pieces. 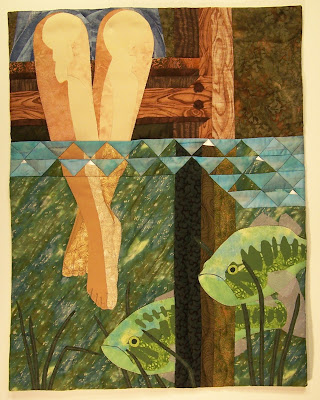 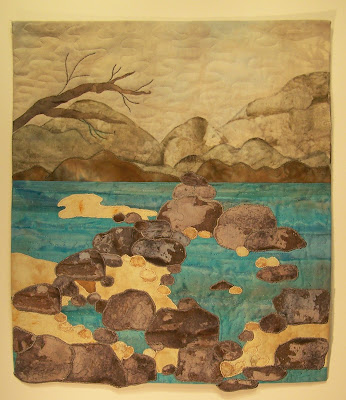 I used a lot of techniques including digital imagery for the rocks. 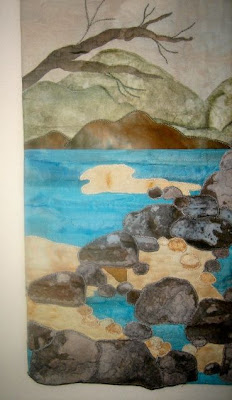 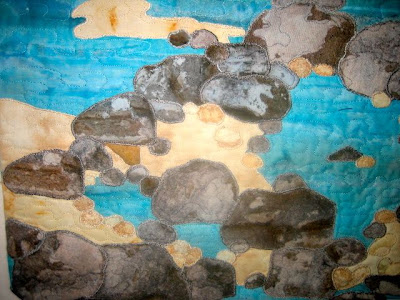 and soil separator cloth to print the mountains on a sheer fabric which gives the feeling of distance. 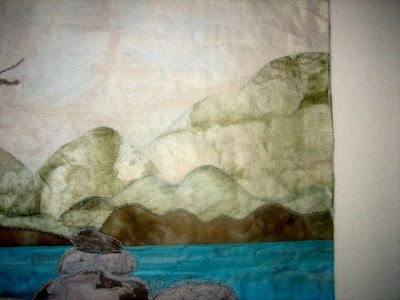 This gives you a good feel of how the exhibit was put together and how the river connects. 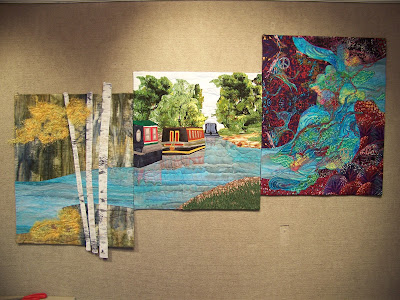 Our final exhibit was an invitational one from the Taiwan International Quilt Festival who paid and took care of everything.  It was very exciting to know a piece of your art was going to be seen in another part of the world.  The Taiwan committee was so gracious, sending us posters in the beginning and when the show was over - a package of "thank you" goodies including this beautiful 430 page publication of the show.  Each quilt in this book had it's own page - what a treasure! 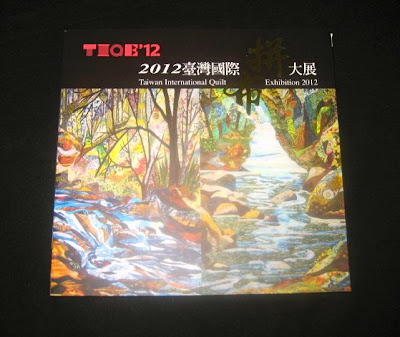 Another goodie sent was a page of stamps of some of the quilts in the show and a matboard that fits with the stamps. I'm debating whether to frame them or use them in my work which I often like to do...will have to stew over that. 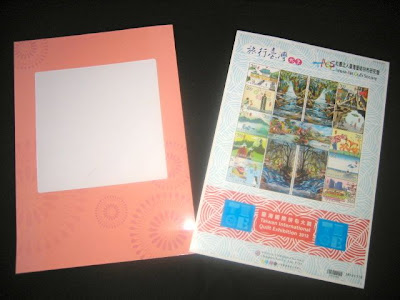 It was a wonderful opportunity and the whole exhibit itself was such fun to be part of. My quilt is now home, I had forgotten what it looked like but it's good to have it back again.
Posted by Windy Hill Happenings at 11:09 AM