Okay, this is not fabric related and it may seem silly, but Asheville has been doing a happy dance since yesterday because Publix has come to town. Publix has never made an appearance in NC and I for one have been waiting for 12 years. I make the run to the Publix in Greenville, SC for my favorite coffee, only sold at Publix, rolls and pastries etc. The store made its grand opening yesterday, the parking lot was full, no shopping carts left and thousands of people had gone through the store. It was a giant party and we had to be a part of it. It's a beautiful store, sparkling and some wonderful and interesting little vignettes. 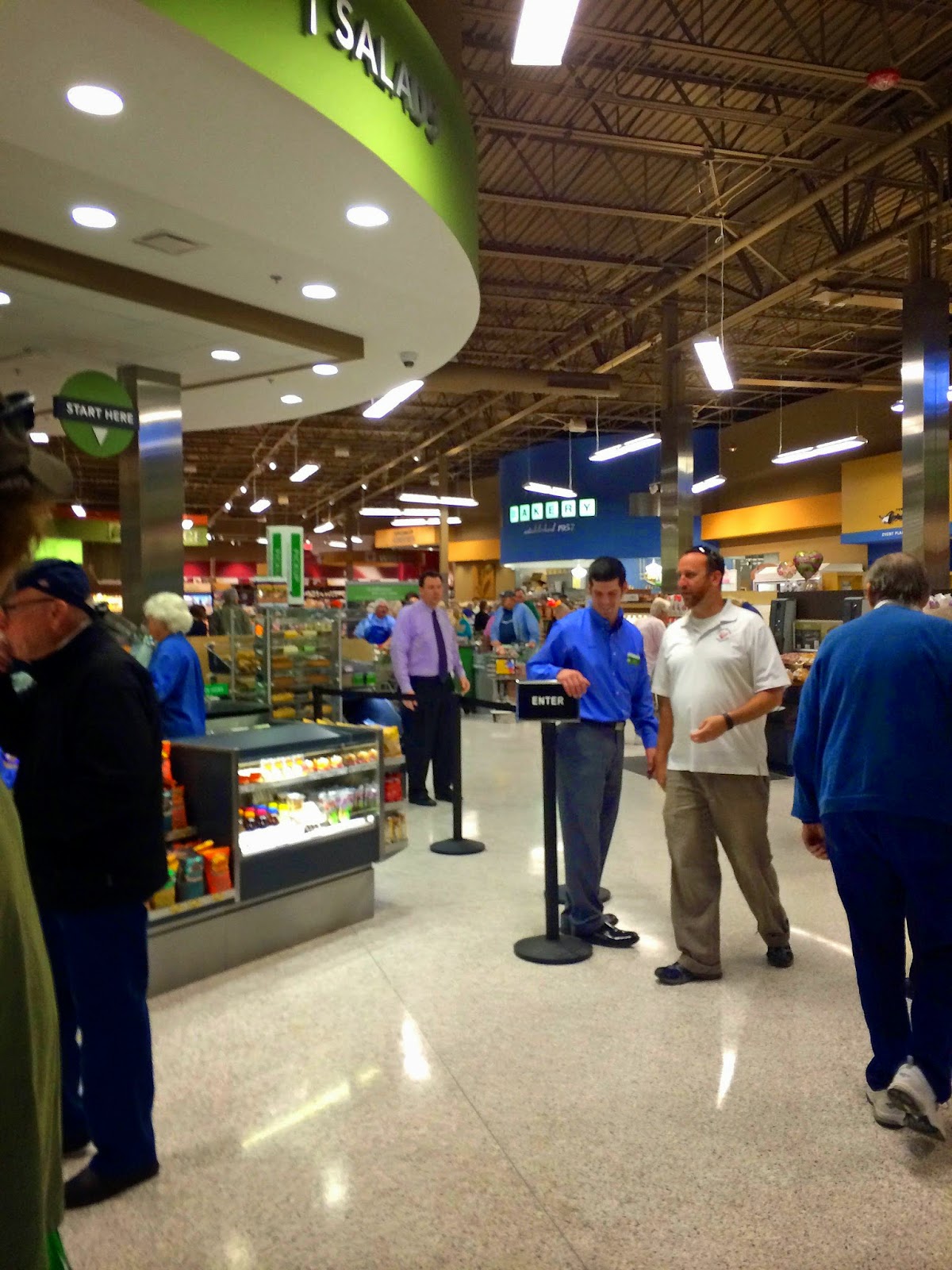 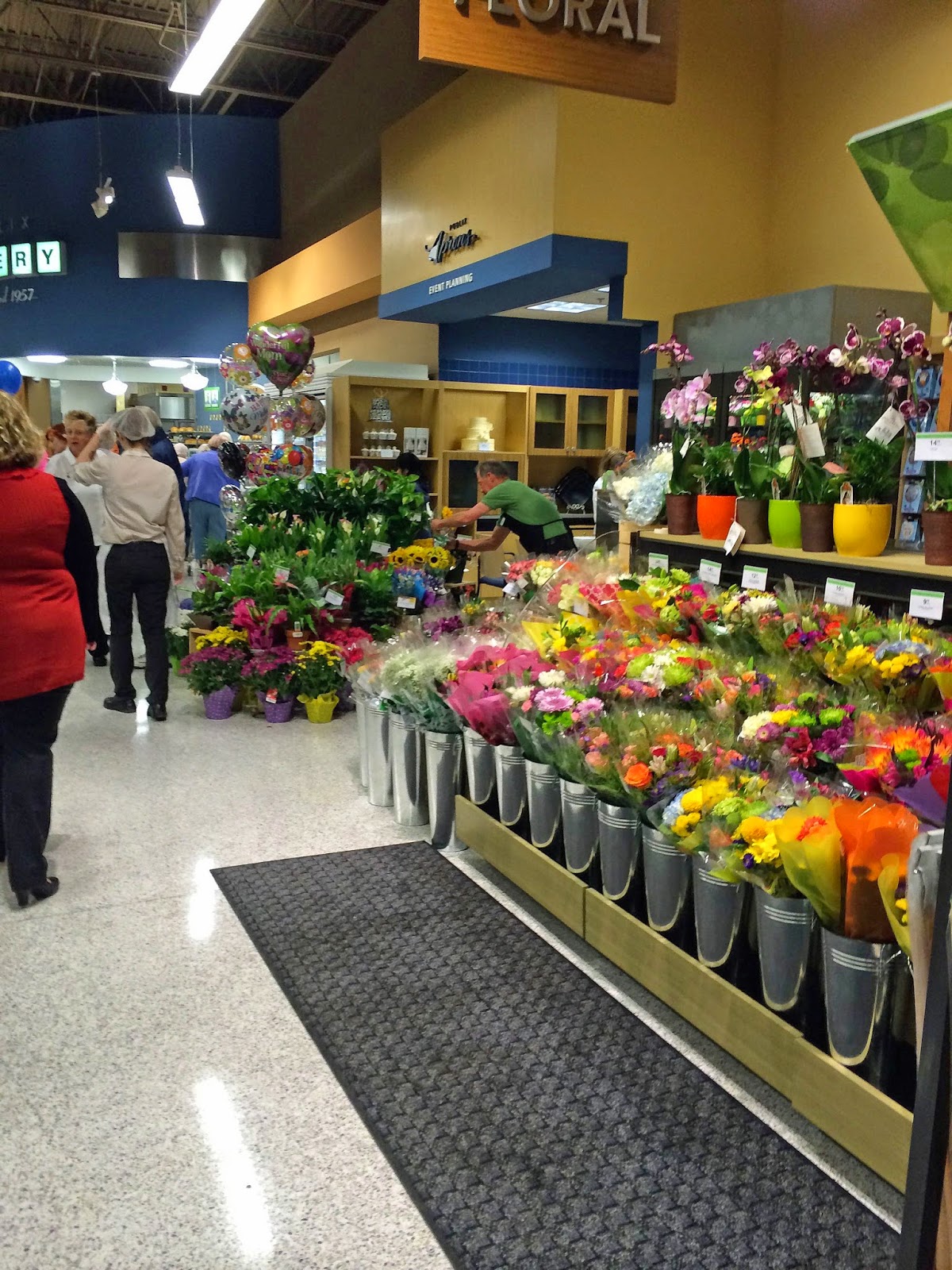 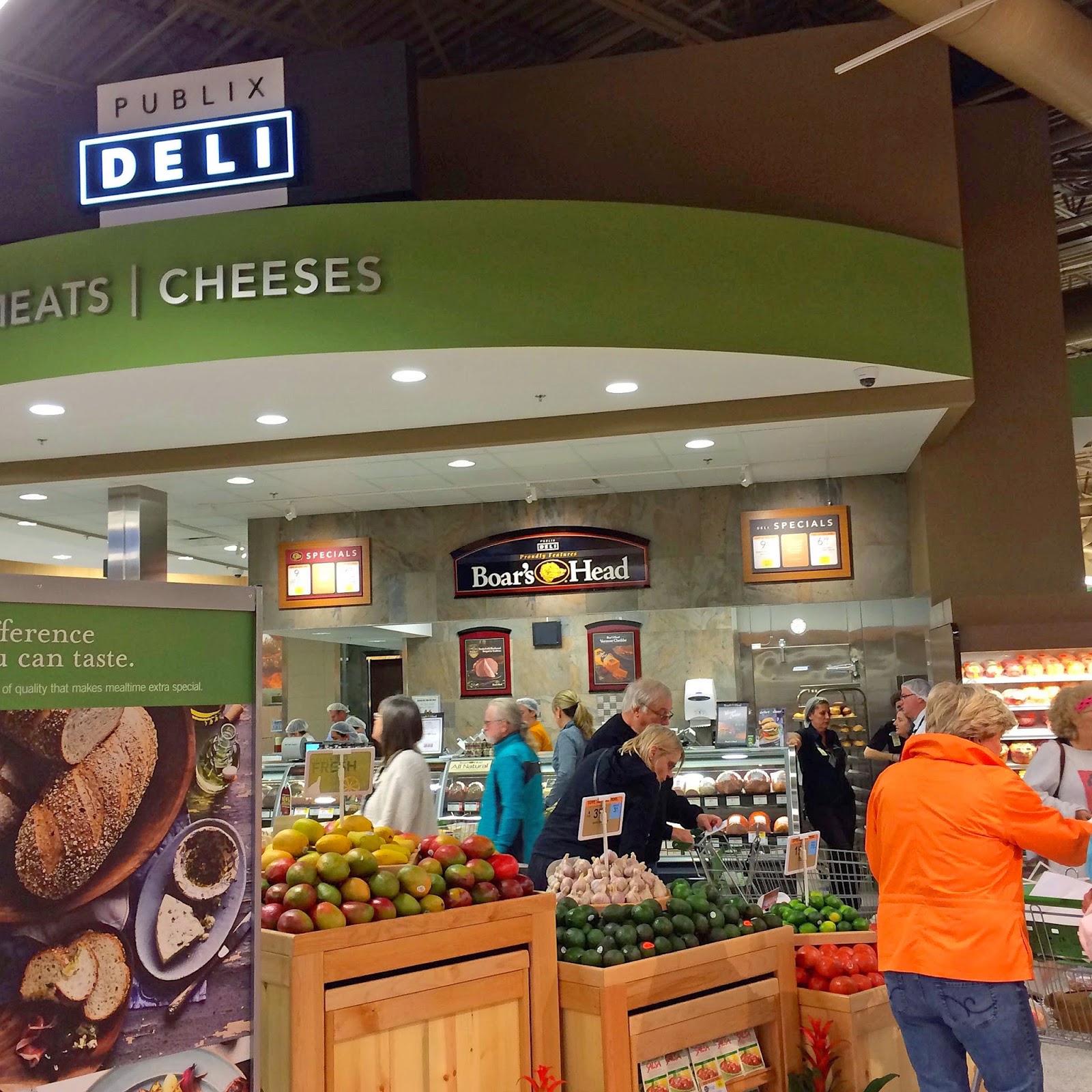 wine and cheese .....and much more....and then onto the Biltmore Estate... 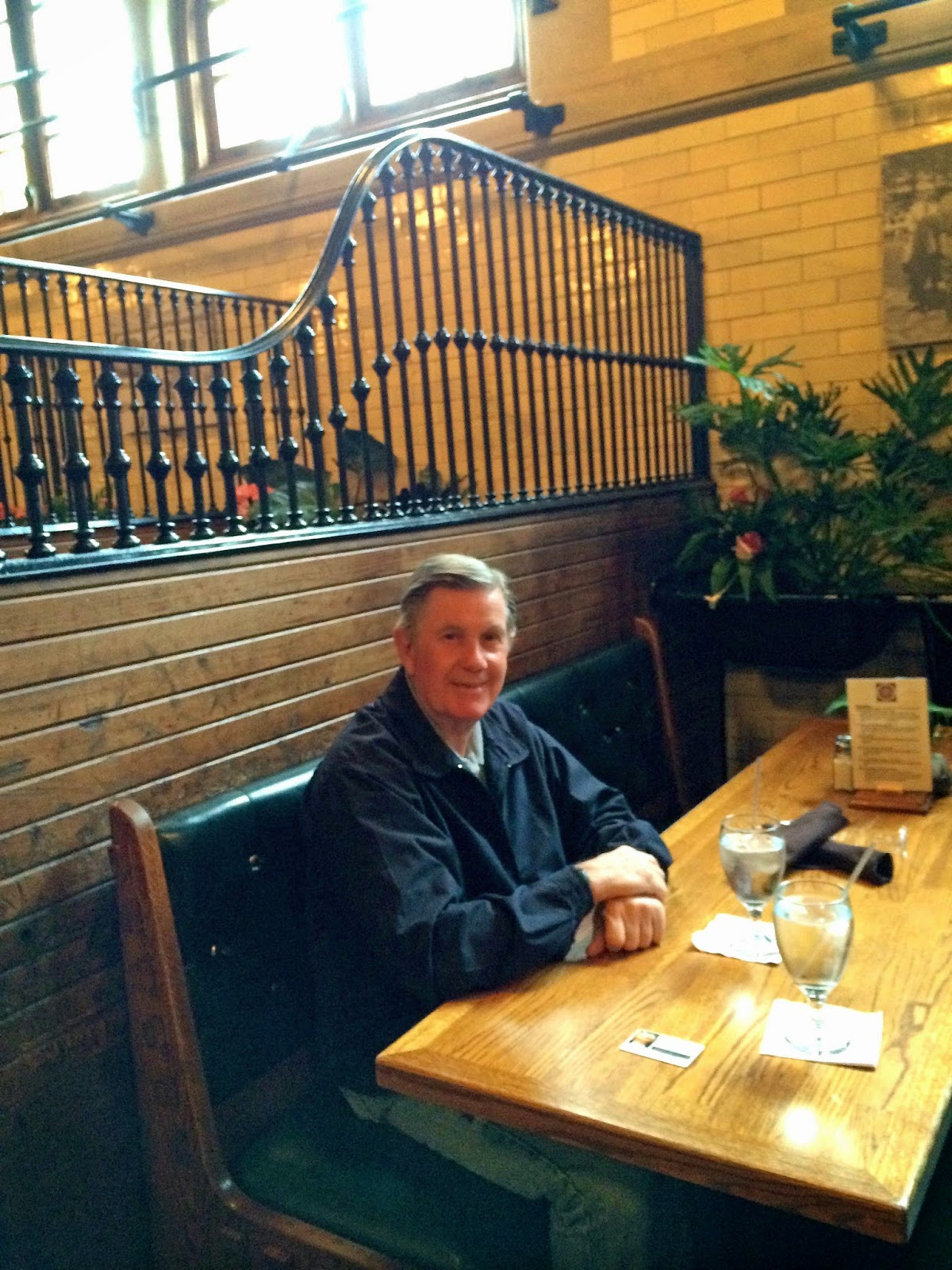 where we had lunch at the "Stable" and then  saw the Downtown Abbey Exhibit. 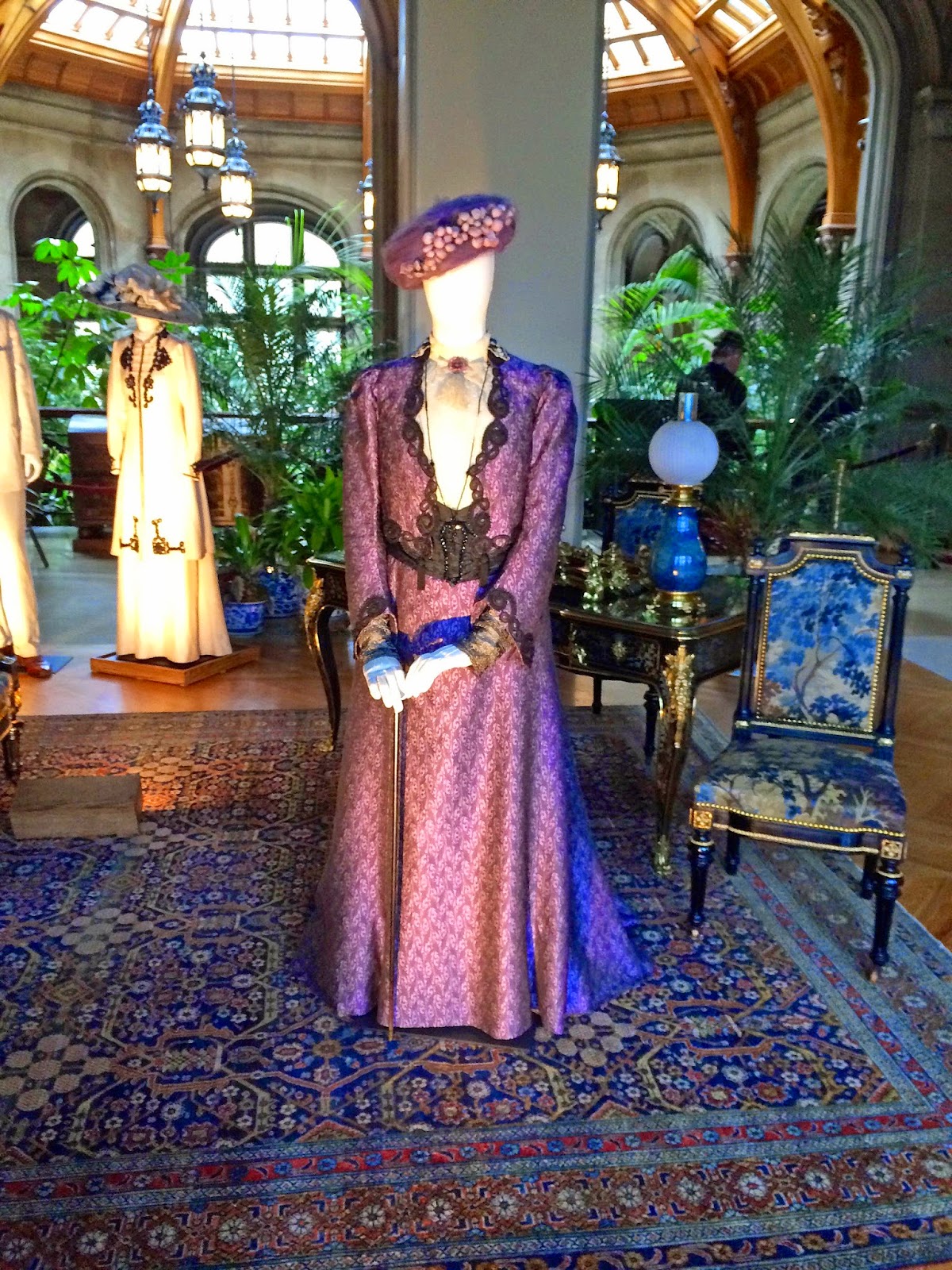 We have annual passes to the Biltmore; we live close by and nice to be able to go for just an hour or so or just do lunch. The exhibit was wonderful, not only did they have many garments (40+) that were worn by the cast, but a lot of background and history on each one, something you don't get when you watch the series. Maggie Smith wore the above outfit in an "acceptable" color after the mourning period of wearing black. 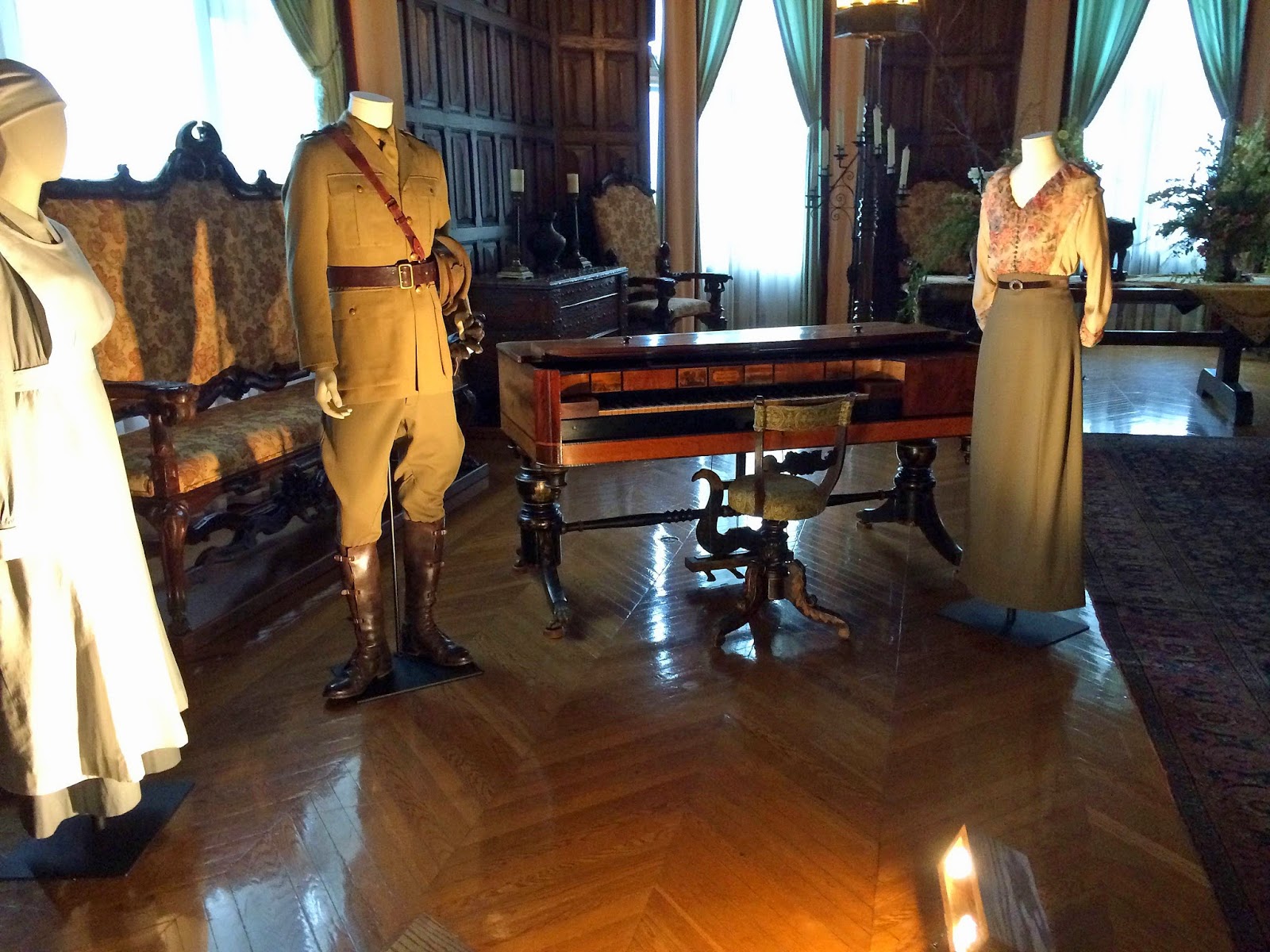 Nurses uniforms worn by Sybil and army uniforms featured here. The garments were spread throughout the Biltmore house. 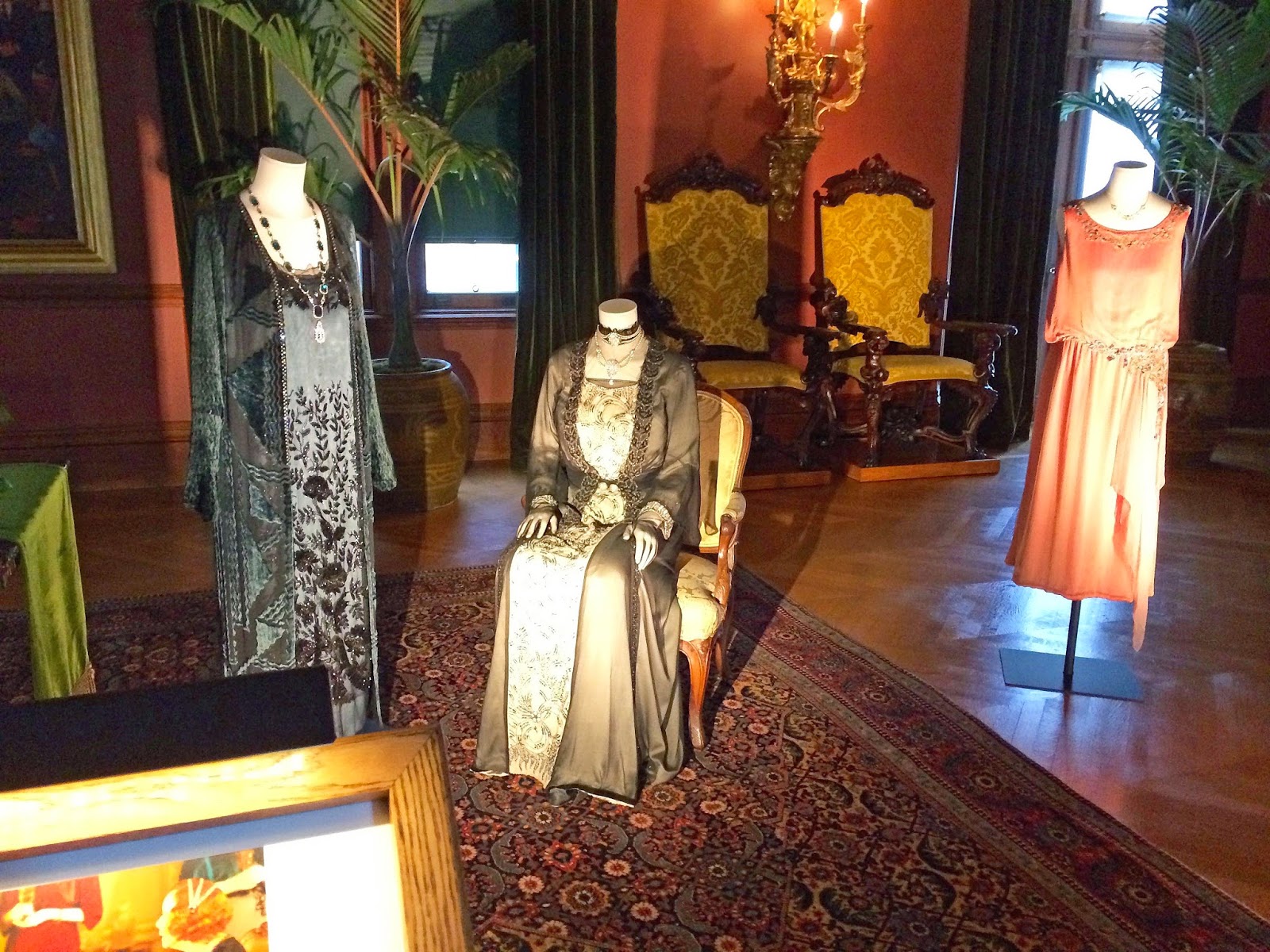 The garments were heavily beaded and embellished and wonderful to see up close. 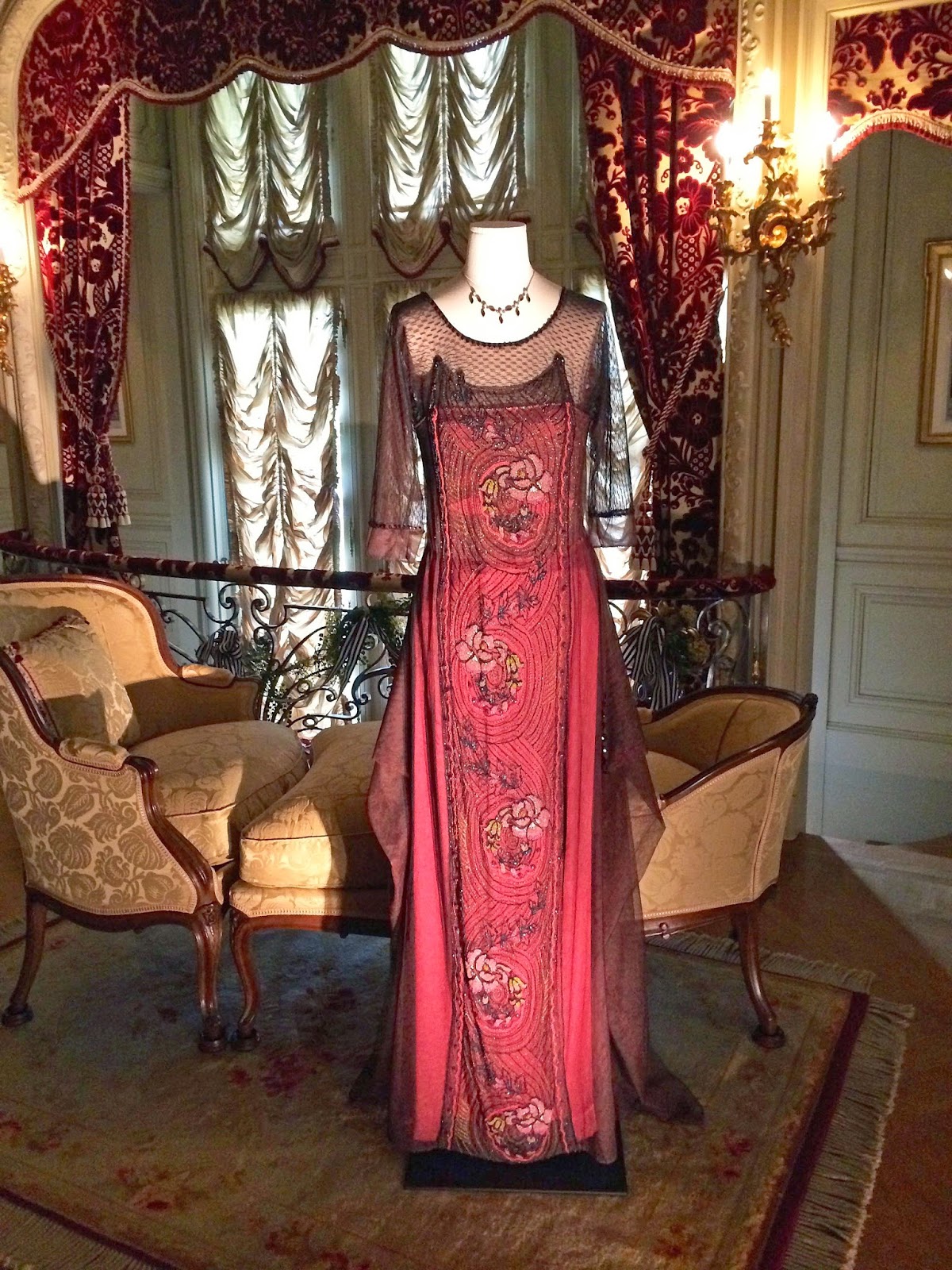 One of lady Mary's beautiful gowns. 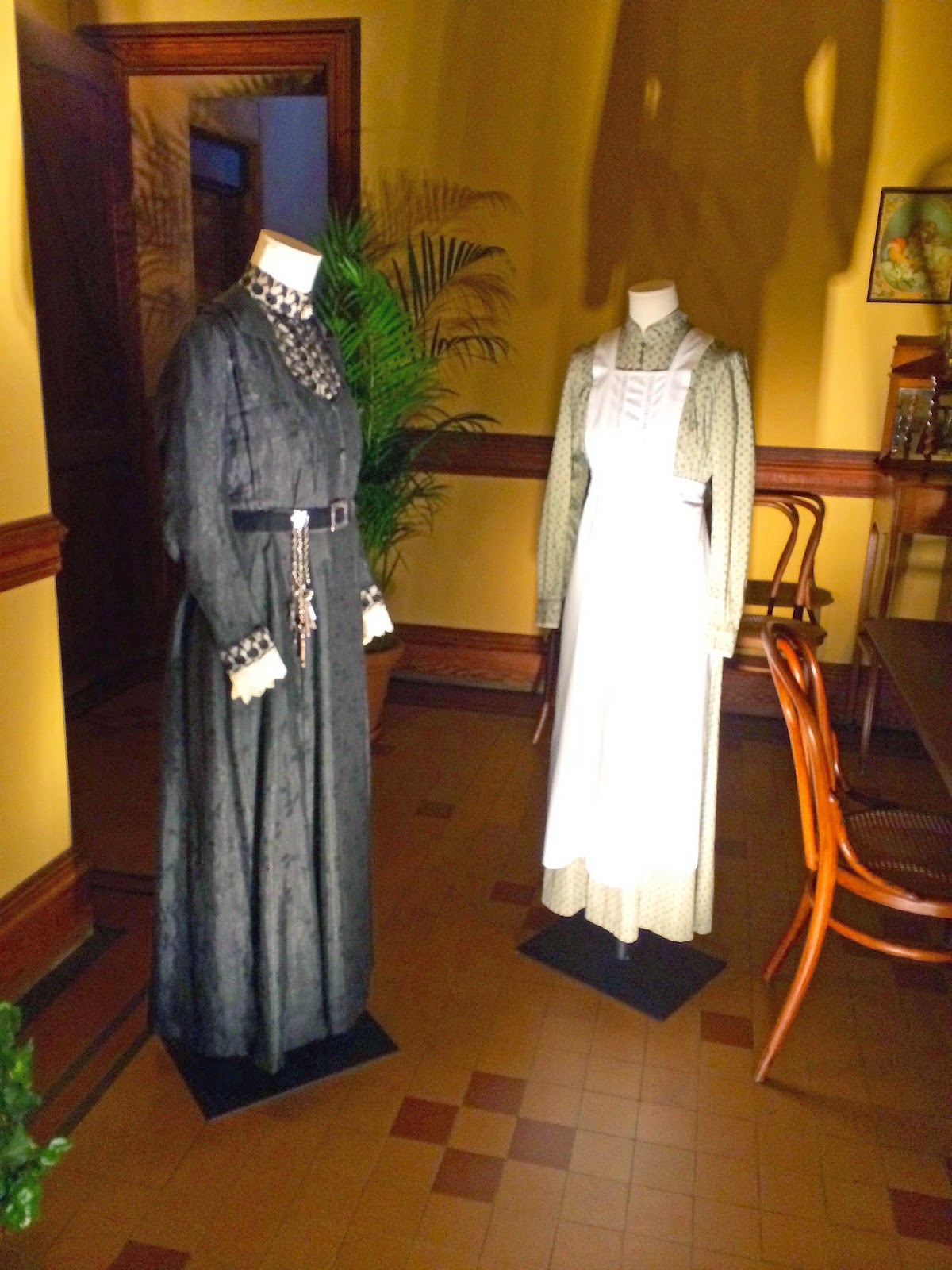 This is Mrs. Hughes outfit always wearing the keys to the house along with one of the ladies maids who in the beginning wore hand me downs with a white apron.
It was hard to distinguish where they belonged on the staff as they had no set uniform; that changed to a distinct color but kitchen helpers were the lowest on the food chain and continued to wear hand me downs. The footman were always chosen for their good looks. Some wonderful history and facts about that time in history and being a big Downton Abbey fan, I found it fascinating.
Next time, back to the studio.
Posted by Windy Hill Happenings at 7:34 PM