Puttin' Away the Rust

I like to create rusted fabric in warm weather when it's nice to be outdoors and the sun speeds up the process. 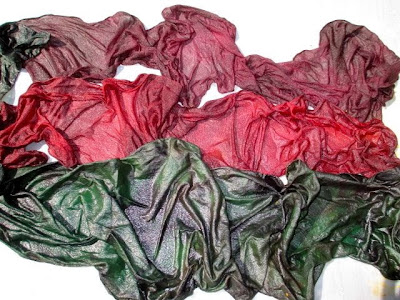 My rusting for this year has come to an end and I'm happy to move on to something else. 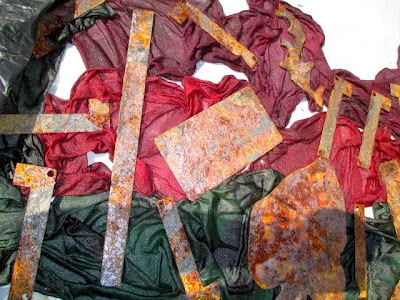 I did one last batch of scarves to put away for future sales - some with good results, others not so good. 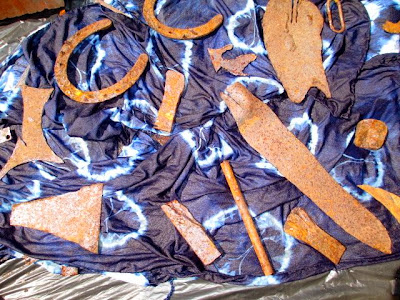 I used a lot of my indigo pieces as I thought the white areas were a bit strong and hopefully the rust would tone them down. 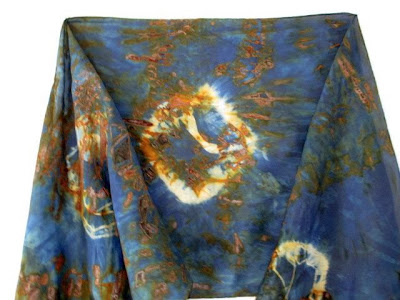 This was done on a crepe du Chine which always gives good results. 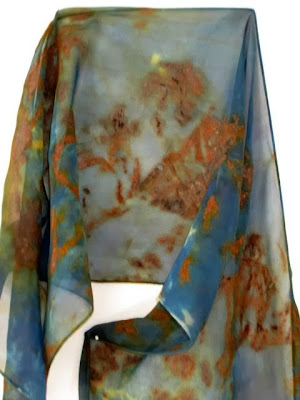 The chiffon scarf is probably my favorite and enough rust to make it interesting. 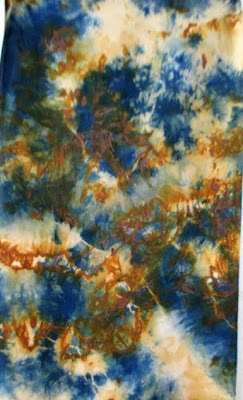 Some scarves were just overdone with rust. 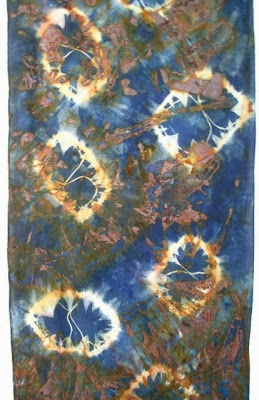 Like this one - way too much rust. I think part of the problem was I layered the scarves so they had rust touching them from the layer beneath and then more rust on top. Also, I scrunch them up and some parts don't touch the rust, I think it's going to be the right amount, but sometimes, it's just too much. 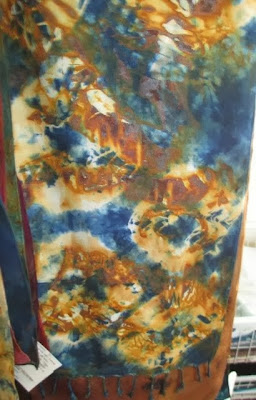 I think some of these will be good candidates for pieces in a quilt, we'll see, all is not lost.
Posted by Windy Hill Happenings at 9:09 AM