A New Piece - Ruins I

I've had a lot of company for the last 3 weeks - my daughter and granddaughter, followed by friends from Seattle and last but not least - my sister in law and her hubby. It was great fun to say the least but studio time was not happening - making it that much more fun when I got back to it. This little piece was something I finished right before everyone came. It is based loosely on a technique I learned from a Wen Redmond DVD. I've always loved layering, especially using sheers. 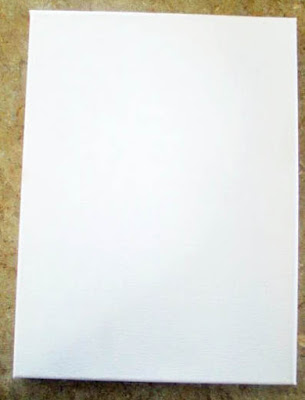 I started with a pre-stretched canvas. 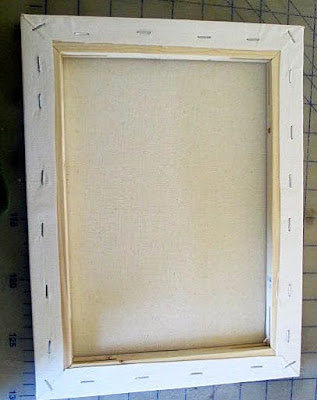 The back of the canvas is stapled and left intact. 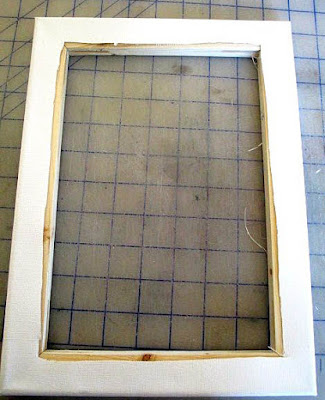 The center of the canvas is removed - it doesn't have to be a perfect job as it's covered up. 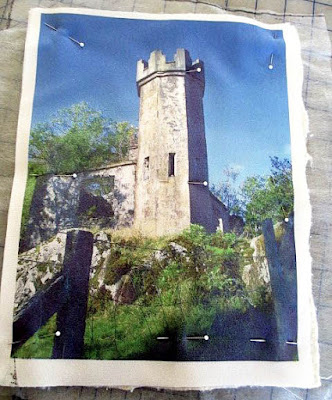 Next, came the layer which would serve as a base and placed on the bottom of the canvas in the cut out area. I chose a very colorful picture which I printed on fabric. This was of an old ruin we came across while in Ireland last year. It was very bright and I thought would be effective with a sheer layer on top. I did layer it with a thin layer of batting and backing and then quilted it. The quilting really doesn't show that much but if you use a glitzy thread in some areas, you do get a wink of it as you look at the picture. 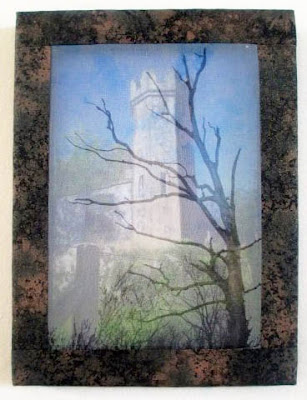 A layer of organza was printed with another image and laid on the top of the canvas, leaving some space in between. The edges were finished with a darker fabric and brought around to the back.... 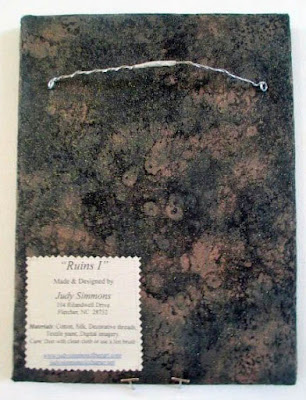 which was finished by hand and a picture frame wire attached for hanging. 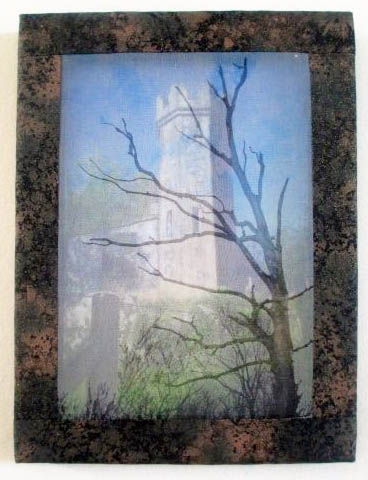 And the finished piece - "Ruins I".
Posted by Windy Hill Happenings at 8:37 AM