My paternal grandmother made quilts along with knitting and crocheting. I never knew her, only met her once when I was 6 months old. She lived in Seattle and myself in New York. When my parents divorced, my dad went back to Seattle and that is where the story ends...well..... for at least 30 years anyway. 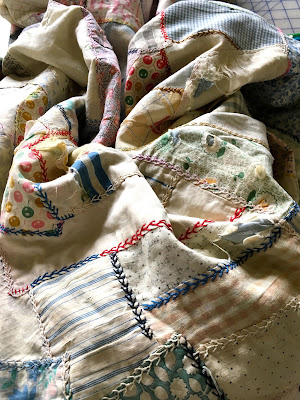 When my father re-entered my life, his stepson who has become like a brother to me....started cleaning out things from the old homestead.... thought I should have them...All kinds of treasures - some good and some not so much. The old quilt above was actually used as a batting for another quilt. The other quilt was tied and not so pretty....but this one was so worn.... 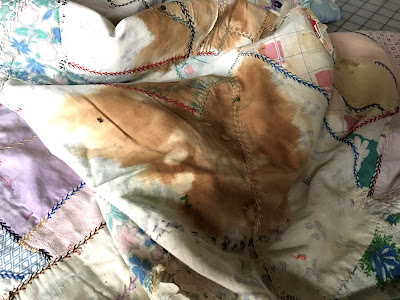 and stained...guess my grandma thought (like so many did during the depression)..."waste not, want not". Everything was recycled. 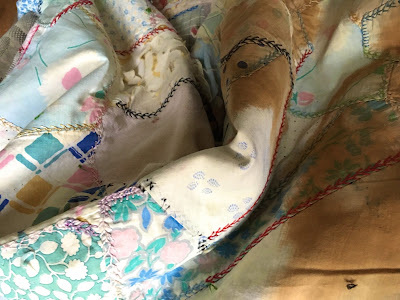 There were some pretty areas in amongst the rips and tears...The only downside - they were very small. I wanted to preserve as much as I could...but what to do. I came upon the idea to make cards out of the very small areas. I used photo insert card blanks. 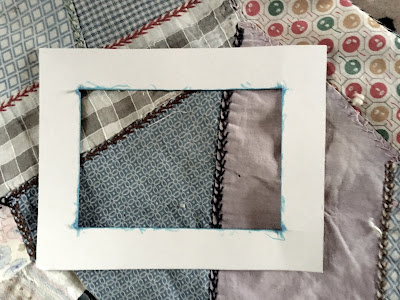 I used some card stock paper to make a template with an opening of the card - 4 1/2 x 3+ inches. It helped to single out good areas that could be used. I used a new blue marker which has a fine tip to trace around the inner opening. 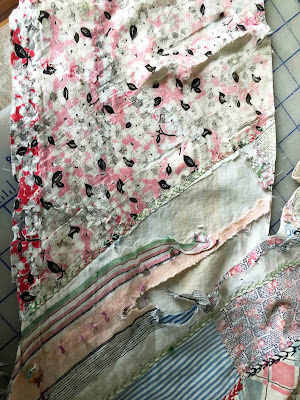 You can see how much of the quilt was damaged.....After the small piece was cut it out (leaving 1/2" extra all around) I flipped it over and tried to clean it up. 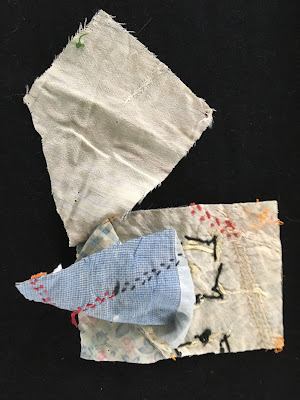 To my surprise, there were layers and layers of other quilt blocks and odd pieces of fabric. 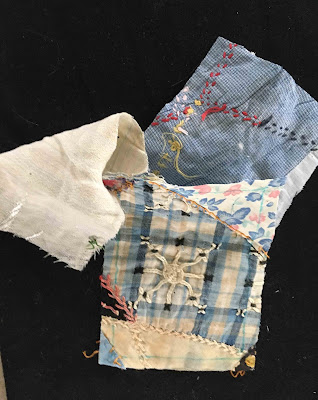 The different layers seemed to have different kinds of thread...some embroidery floss, some yarn...along with different size stitching which led me to believe, this quilt was worked on by several hands. 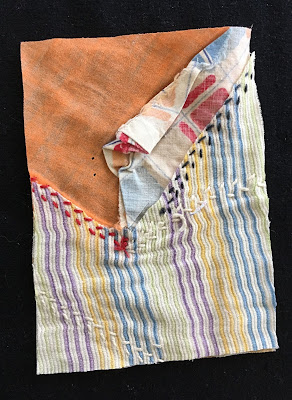 There was a lot of this striped fabric used as a base for stitching...honestly not worth saving...looks good in picture but practically fell apart in my hands. 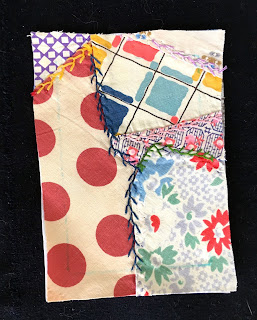 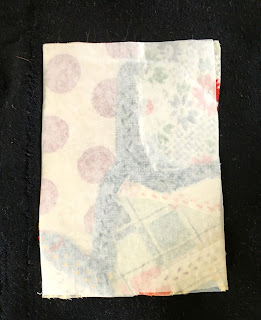 After the initial rescue of the good areas, the piece was flipped over and a piece of sewing weight fusible web, ironed on back (left pic). It gave it more stability and those areas that were thin or slightly coming apart, were held together. 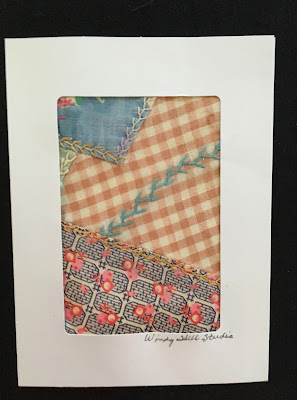 They were then slipped into a card blank...some had elaborate stitching...
Some not so much...but I loved them all for the history and memories they represented. 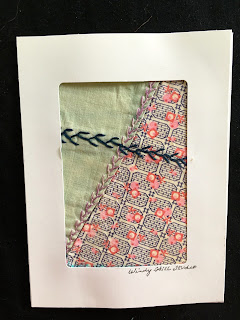 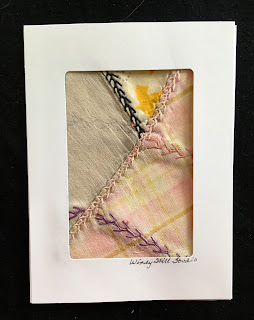 Some I will keep as a memory of the grandmother I never knew... 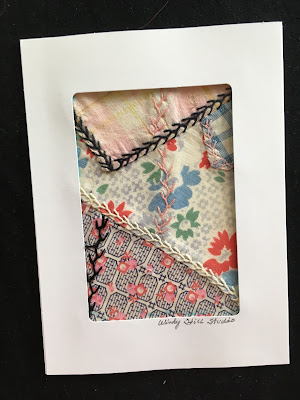 and some will become gifts or I'll put in my booth at Woolworth. 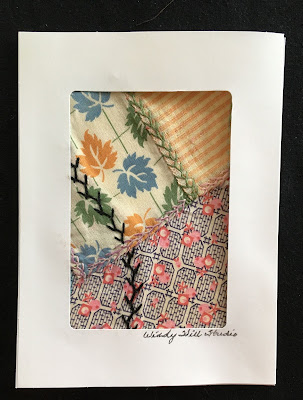 My first thought was to get rid of this quilt that was so damaged...but am glad I held on to it as a piece of my family history. 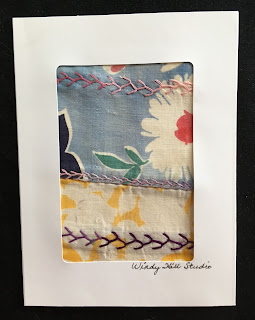 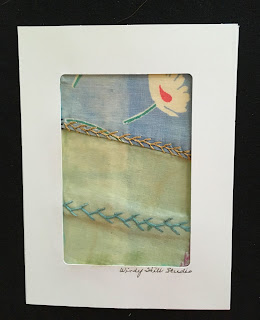 Posted by Windy Hill Happenings at 8:47 AM