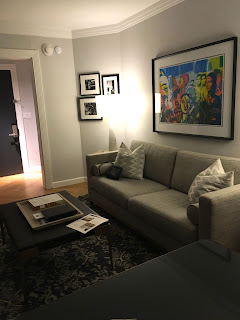 Well I'm no Frank Sinatra but this is one wonderful song and one my daughter plays for me as I walk in the door of her house getting ready to catch our plane to New York. 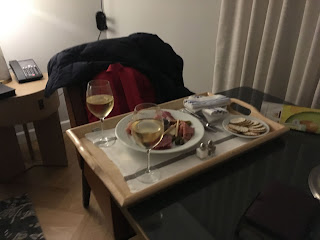 This is the second time we've spent some time in New York and enjoying the festivities. We stay in midtown which is in the heart of the city but clear of Times Square which is a bit crazy. We stay at the Conrad, formally the London...we have a big room with a living room and bedroom...first night we treated ourselves to room service. We were just too tired to go out. 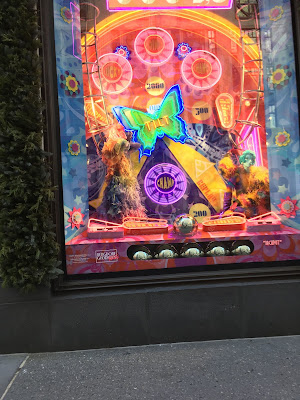 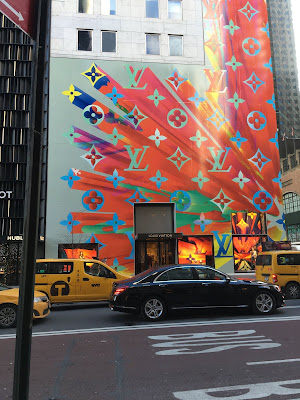 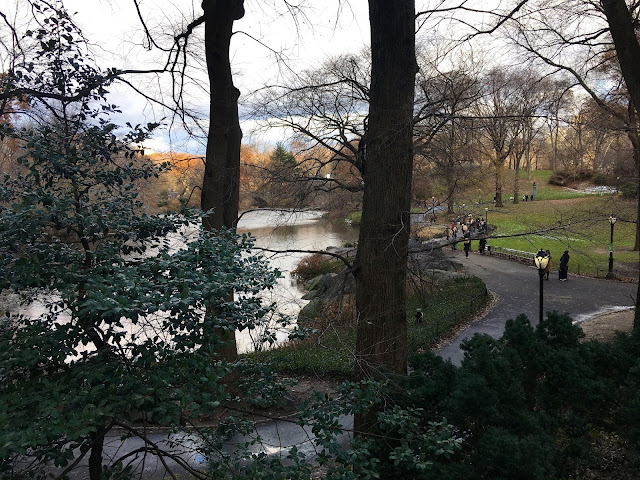 Our first day we headed to the Columbus Circle Christmas markets which are located in west Central Park so we walked along 5th avenue and then cross town and along the park to get there. It was freezing and beautiful and gave me lots of inspiration for future quilts. 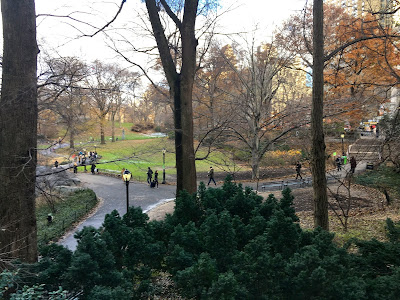 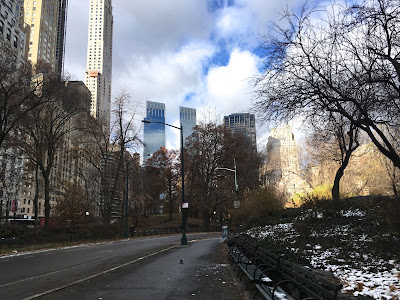 and finally we hit the markets. They are all outdoors, very festive and lots of unique things to see. People as well as furries are welcome. Everyone was bundled up...even the animals. 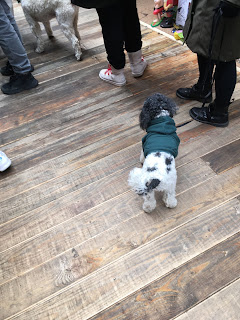 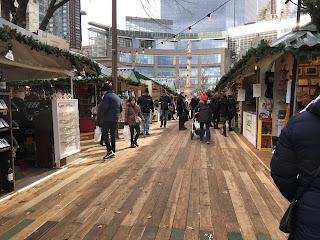 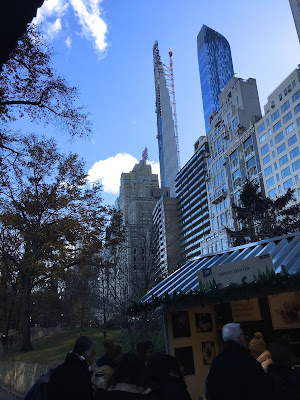 From there we walked down to Rue 57th Restaurant....a very charming restaurant on 57th street...all we wanted was something HOT to eat...(hot as in hot/cold....not spicy hot) 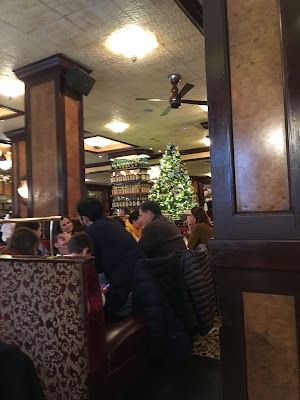 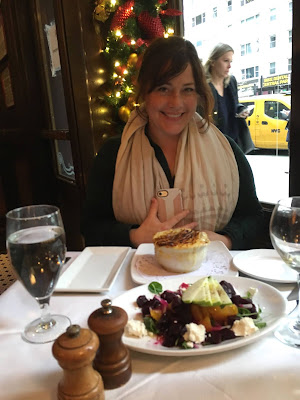 The French onion soup was perfect and Deeeeeelicious! 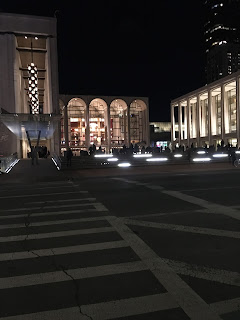 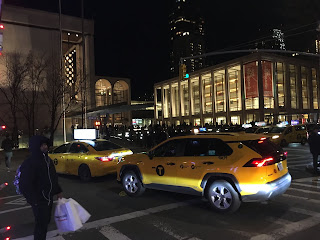 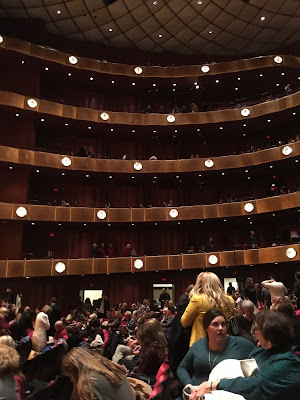 That night we had tickets to the Nutcracker Suite at Lincoln Center. We've been many times and it never loses its magic. 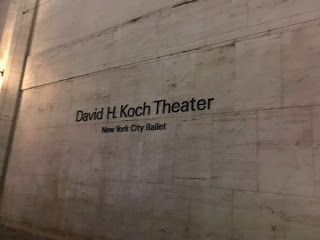 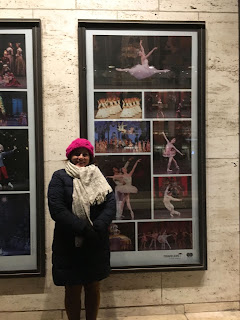 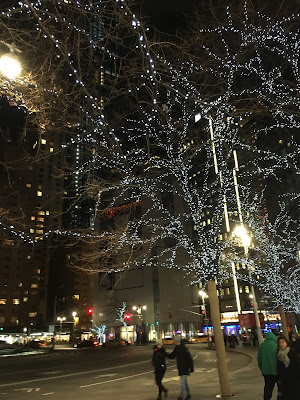 We took an Uber over from the hotel...a mere 8/10 of a mile and 25 minutes later we arrived....How crazy is that...so we decided to walk home after the ballet...and got home quicker than an Uber. It was a beautiful walk through Columbus Circle...all lit up...very magical. 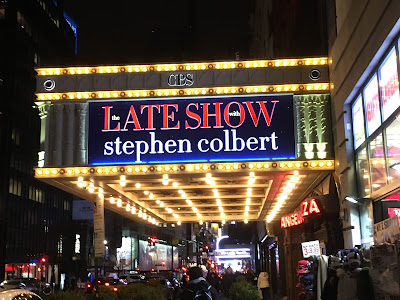 I laughed when I came upon the Stephen Colbert show which I realized was right around the corner from where we were staying.....It's a show my hubby and I watch at night. 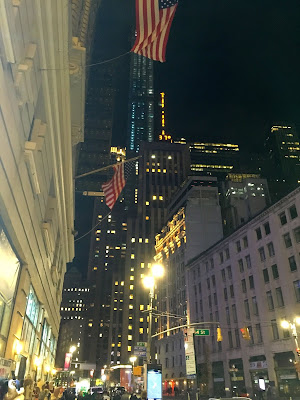 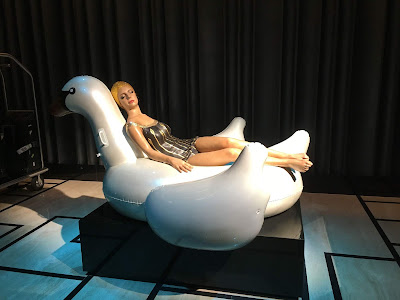 And home or at least back to our hotel at last.......and this in the lobby....Sorry but I love a good old fashioned Christmas tree so not impressed. They did have some pretty decorations elsewhere but they fell short here....to be continued....