Another sample from a former workshop; I've used this design in workshops so much as it's well received and so versatile. It was almost finished when I came across it and decided to do a technique I learned from Patsy Thompson. 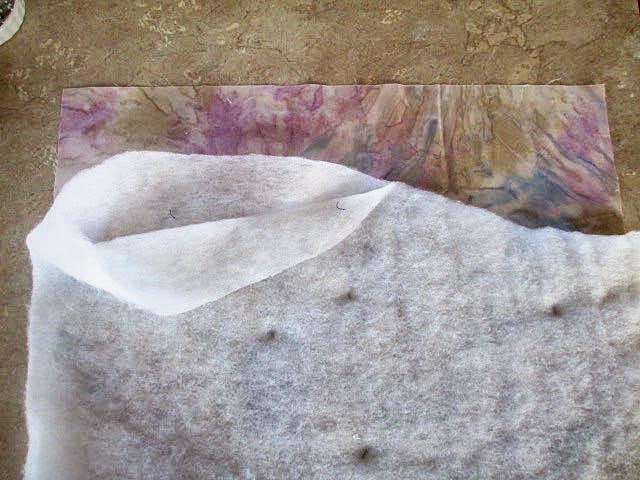 Patsy does a "faux" trapunto which I think is very effective. To start, the top is finished as far as appliqué goes, you are ready for quilting - but before you start, turn it over to the back and place 2 layers of a higher loft batting over the area you want to trapunto. Pin it well. 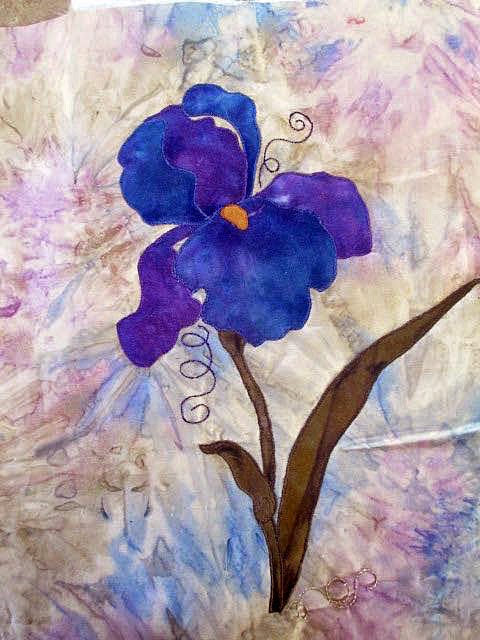 Flip it over to the front and stitch around the edge of the appliqué pieces you wish to have more batting. In this case, since it's such a simple design, I used the entire appliqué. 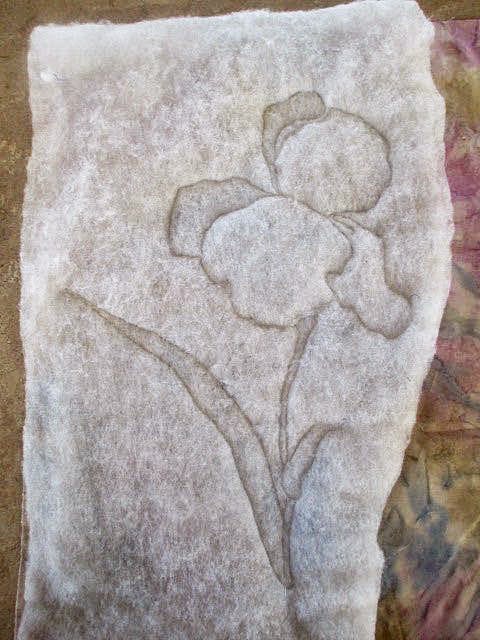 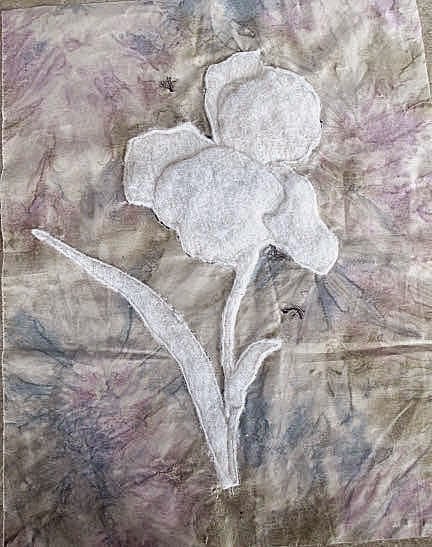 Carefully cut away the excess batting, getting close to the stitching but not cutting it and leaving just the applique with extra batting. 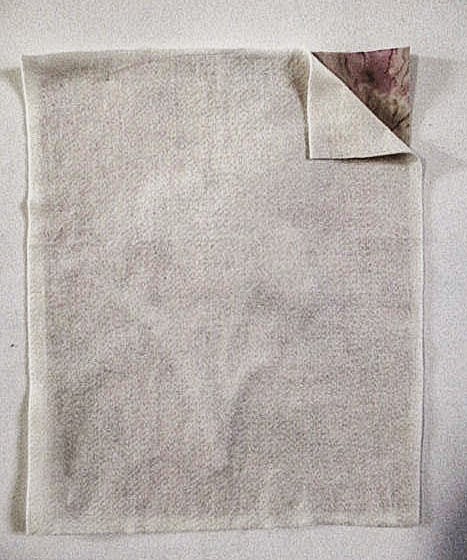 Next, cover the back with more batting; you can see the slight outline of the applique with the extra batting underneath. Ordinarily you would also put a backing fabric in place but this piece is being mounted on a pre-stretched canvas so I omitted that. Set your machine for free motion and quilt like crazy - outlining the appliqué and some of the detail lines inside. You don't want to stitch too much inside the "extra padded" area as it deflates it and you lose the effect of trapunto. 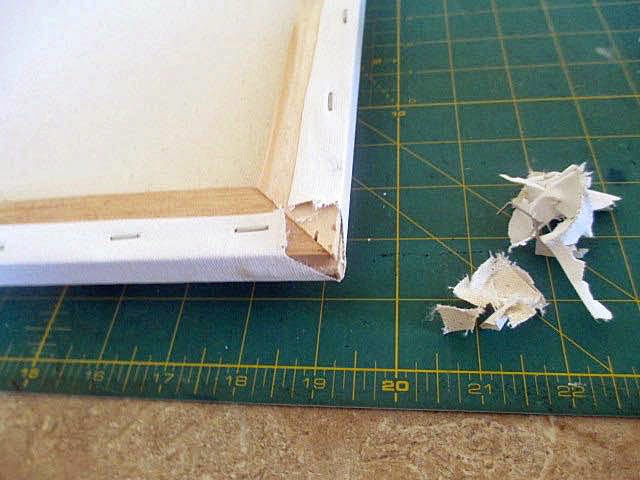 This piece was mounted around a pre-stretched canvas. There is usually so much bulk at the corners;  I remove it VERY carefully using an exacto knife! 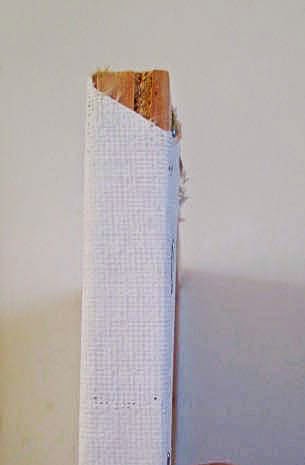 Doing this will ensure a much flatter look at the corners where there is an excess of fabric. 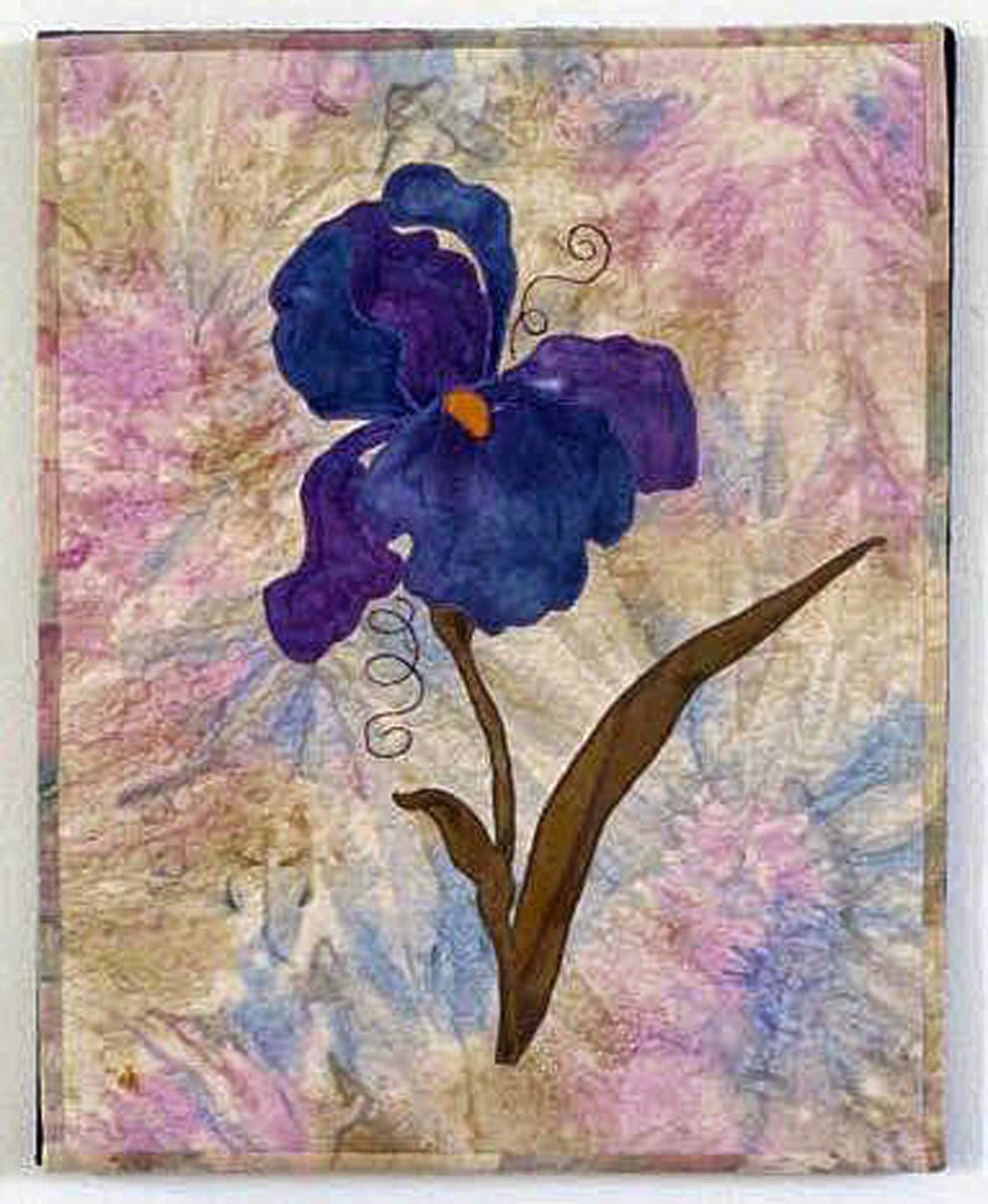 The finished piece - Watercolor Iris. I like the use of the batik as a background. It adds some personality to the piece.
Til next time....Judy
Posted by Windy Hill Happenings at 7:30 AM