The Southern Highland Craft Guild is hosting an exhibit at the main gallery of the Folk Art Center in Asheville, NC.  It will run from Sept 8 2012 thru January 6, 2013.  Members of the guild have been invited to exhibit a black and white piece - any medium.  I think it's going to be a great show. My son draws incredibly well, he also loves working in pen and ink.  I'm using his drawing (which he happily agreed to) as inspiration and I'm recreating it in fabric - so different than working with pens where you have such a great range of shading. It's been a challenge but also great fun.  His drawing below is called "The Flute Player". 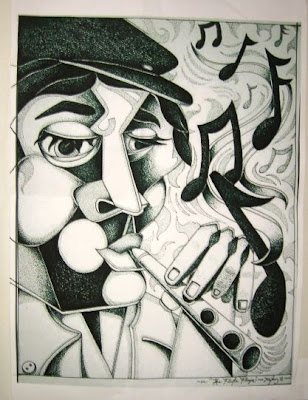 I started by using soil separator cloth from Home Depot to trace the drawing.  Soil separator cloth is one of my favorite tools, very sheer and non woven.  You can paint it, run it through the printer and use it to make patterns. It costs about 11 cents a running foot and runs 36" wide - a versatile bargain. 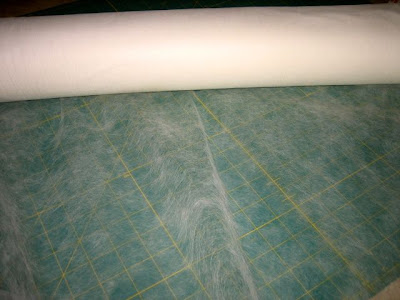 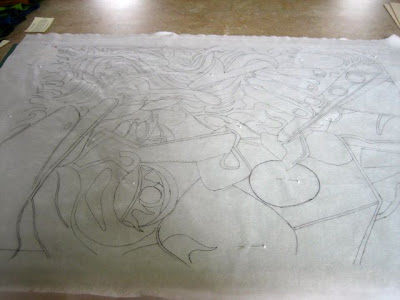 The tracing came out pretty good and will work well as a pattern. 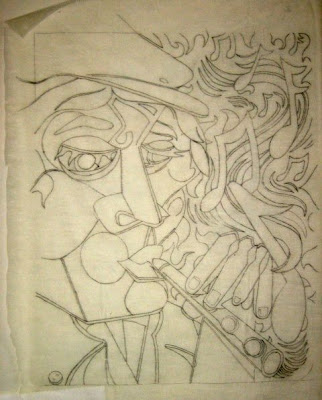 My son uses dots to shade his drawings and I immediately thought of the very popular pointillist fabric that was so popular years ago.  I didn't have any but my good friend Mary did and gave me every bit she had - think I owe her big time.  I had so much to work with - everything that was made in blacks and whites and in between.  I was off and running. 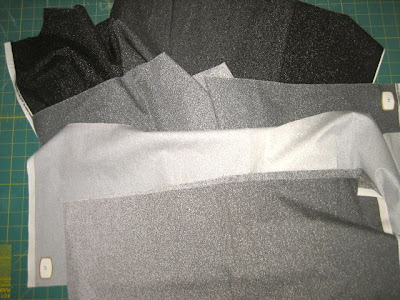 So here's the start on my piece. 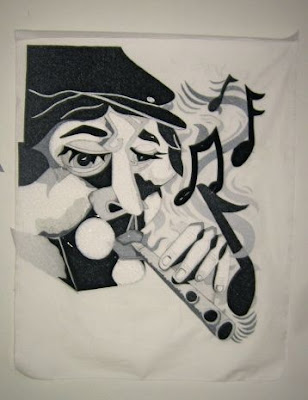 I used a pigma pen to create more dots in some of the areas. 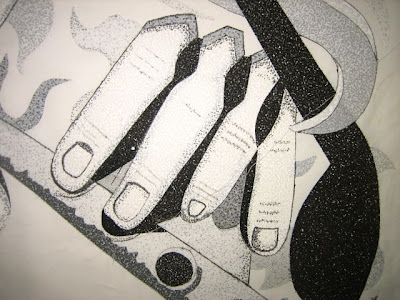 It's coming together as I hoped. 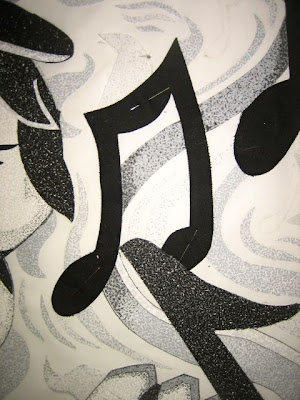 I'm running out of some of the very light dots on white fabric and will have to find a solution - will keep you posted.
Posted by Windy Hill Happenings at 5:56 PM