While in New York this summer, we had the chance to visit Ground Zero in NY city.  We thought it would be crazy getting in, been many years since we've commuted to NY but it went as smooth as silk. We took the train to Penn Station and then a subway which brought us to within a block of the old World Trade Center. 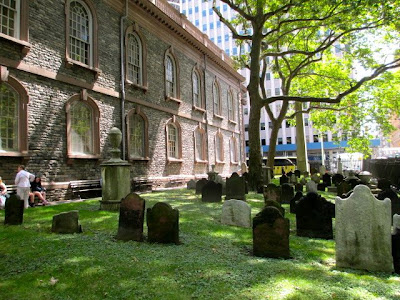 This beautiful church - St. Pauls Chapel was the first thing we saw and it was open to the public to walk through. 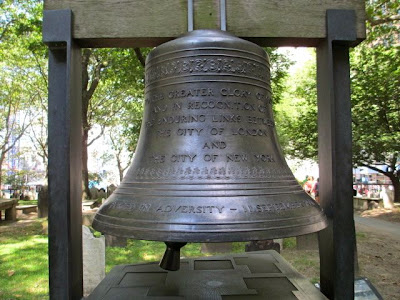 This bell linked London to New York and the many brave heros from both. 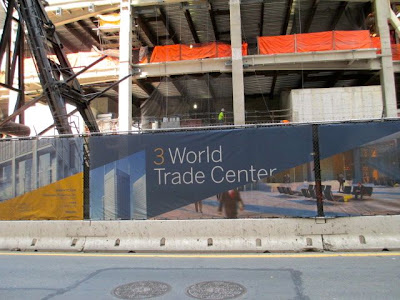 Walking along, there was a lot of construction still going on. 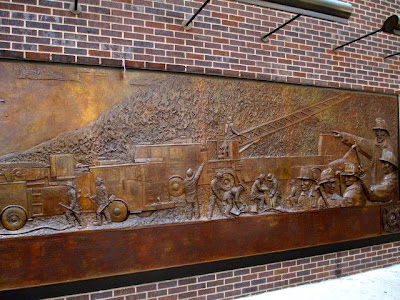 This beautiful wall along the street honors the NYPD during 911. 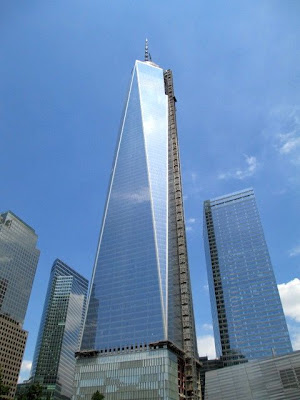 This was perhaps the most beautiful and majestic part of the memorial to 911 - the Freedom Tower which has a height of 1776 feet and 104 floors. It's absolutely breathtaking to see. 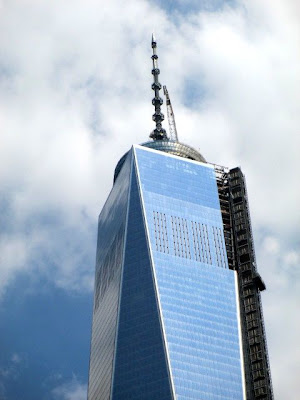 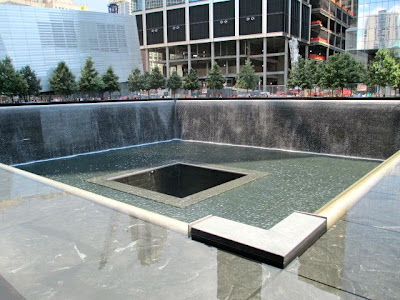 There were crowds and crowds of people, but you never felt them - not for a moment. 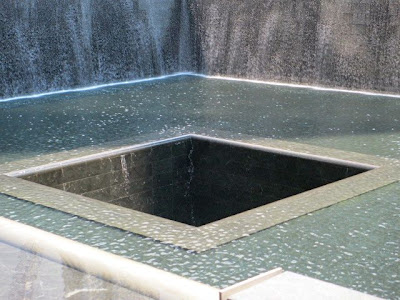 It's hard to put into words how it felt to be there; I quite honestly didn't know how I would react. It was a gamut of emotions - the solemnness, the dignity, the beauty along with the sadness.
Both towers were easy to walk around, to look and see the names and run your hands over them. 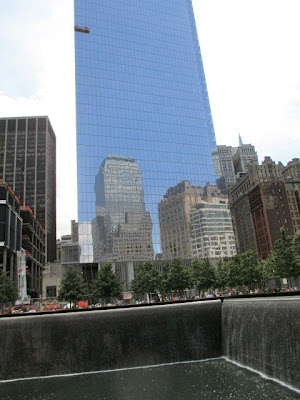 The skyline of New York along with buildings being reflected in other buildings were a beautiful back drop. 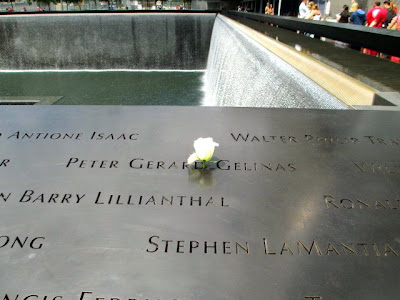 Many people put a flower on a person they knew. 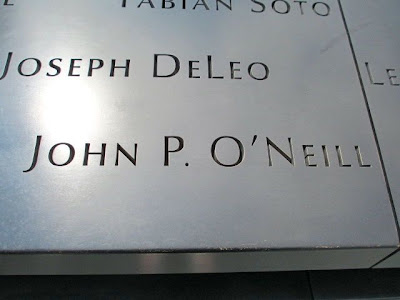 My husband knew John P. O'Neill who had been with the FBI also.  He had just taken a job as head of security with the World Trade Center just one month before. 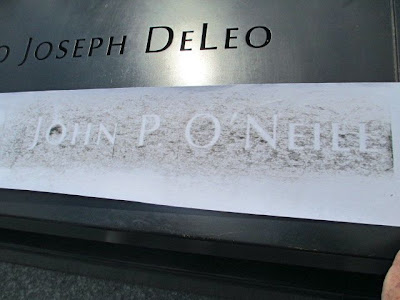 We were able to do a rubbing with some paper and crayon a security guard gave us. 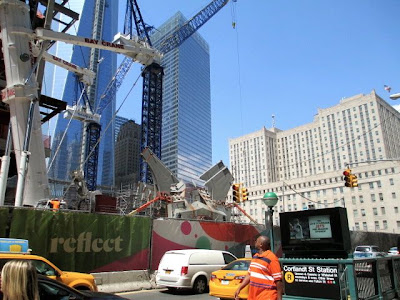 There's still a lot of construction. We were told a small memorial is being built out of the some of the salvage from the old World Trade Center. 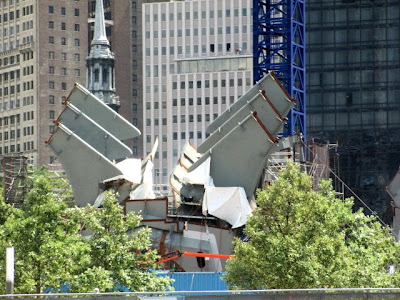 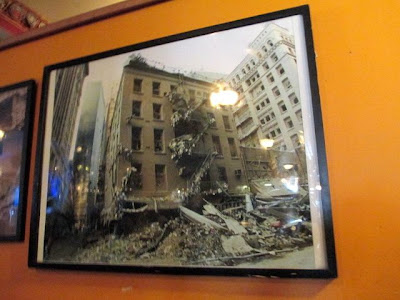 We wandered across the street and found this cute little pub to eat in, one that had been destroyed during 911 and completely rebuilt.  Inside, they had t-shirts and badges honoring every Fire Department and police precinct in the city. The whole day was moving and sad but a wonderful tribute to all those that lost their lives and those who gave their lives to help.

Posted by Windy Hill Happenings at 8:47 AM